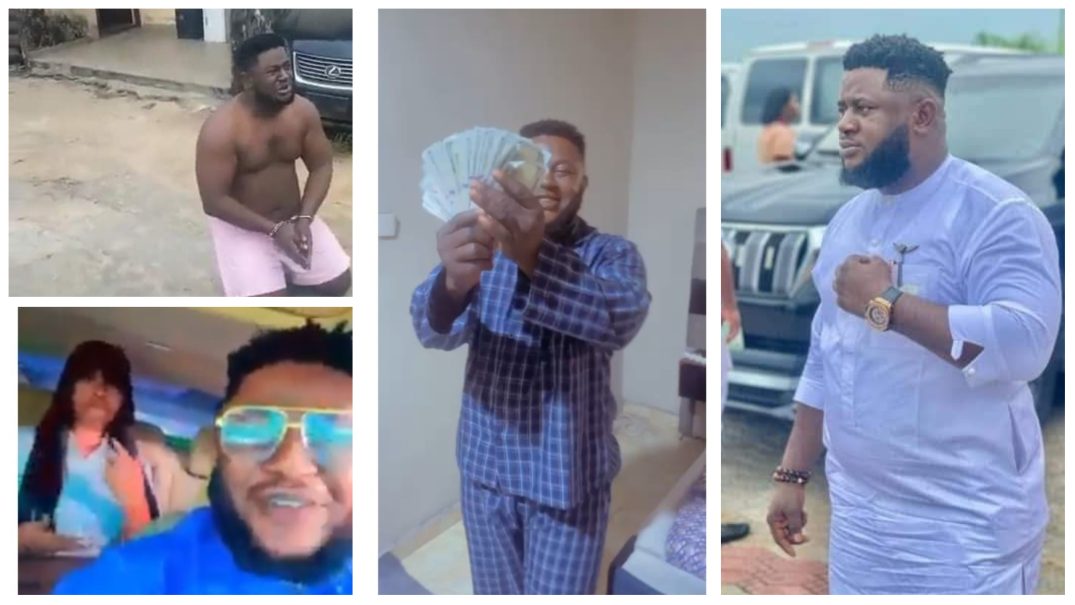 An Abuja “big boy” who gained notoriety by boasting about his wealth on social media and exhorting his fans to “hustle” has been revealed to be a kidnapping lord terrorizing the oil-rich state of Bayelsa in the Niger Delta.

The suspect, dubbed “John Lyon,” was tracked down and apprehended by a crack police team in Abuja, the capital of Nigeria.

According to www.bigpenngr.com, he can be seen sobbing bitterly and pleading for mercy as he is handcuffed and made to kneel on the ground in a video of his arrest that is currently trending on social media.

He pleaded for his release on the grounds that his wife had just given birth to a child and that he had only kidnapped two people.

In the video, a man who identified himself as one of Lyon’s victims, disagreed with the suspect and insisted that Lyon had abducted more than two people.

The man described how Lyon allegedly kidnapped him and threatened to kill him if a sizable ransom was not paid.

An official police statement regarding the arrest has not yet been released.

Wike: I Didn’t Say Tinubu Offered Me A Seat In The Senate; Disregard False Reports