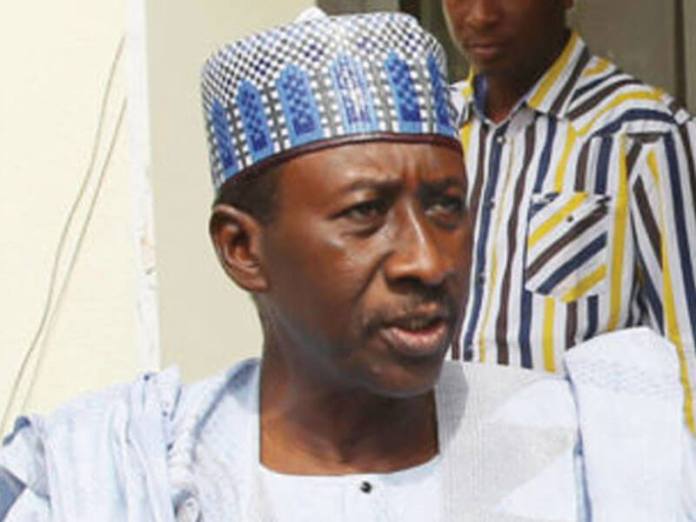 Fresh details have emerged on how the former leader of the Movement for the Emancipation of Niger Delta, Government Ekpemupolo, popularly known as Tompolo got the mouth watery multi-billion naira pipeline surveillance contract.

Contrary to rumours that the Group Executive Director (Upstream), Adokiye Tombomieye, facilitated the contract as an Ijaw man to favour his kinsman, Sahara Reporters reports that the National Security Adviser, Major-General Babagana Monguno (retd. ), a Borno man, was actually the driving force behind the contract.

Some stakeholders in the states of Bayelsa, Ondo, Imo, and Rivers had come out strongly against Tompolo’s handling of the job.

According to reports, a number of militant organisations in the area are upset with the Nigerian government for excluding them from the lucrative contract, endangering the viability of the surveillance agreement.

According to insiders with knowledge of the deal, President Muhammadu Buhari accepted Monguno’s recommendation and awarded Tompolo the contract.

The NSA reportedly urged Buhari to award the multibillion-naira contract for the Niger Delta’s peacekeeping effort.

It was reported that the President had voiced his displeasure over the nation’s declining oil production.

Nigeria has repeatedly fallen short of the 1.8 million barrels per day (bpd) production target set by the Organisation of Petroleum Exporting Countries (OPEC).

In March, Timipre Sylva, Minister of State for Petroleum Resources, had mentioned security issues in the Niger Delta area as a major factor affecting Nigeria’s ability to meet the oil production quota.

“National Security Adviser, Major-General Babagana Mongonu (retd.) was the one who single handedly convinced Buhari to award the contract to the ex-militant leader,” the source said.

“It was not facilitated by one Adokiye Tombomieye, the Group Executive Director (Upstream), as being speculated by Isoko Youths, even the Minister wasn’t aware initially until President Buhari called his attention to the NSA’s memo recommending Tompolo for the job.

“Is it not funny? Can a single man award a contract of over N4 billion monthly? So nobody is playing an ethnic game and pushing the Isoko Nation to the background. Monguno is from Borno.

“I saw a petition also published by the Isoko youths alleging marginalization. Other groups too have kicked against the award of these contracts, but they should know who to direct their grievances to. “They should ask Monguno why he recommended a man once declared wanted by EFCC for such a multi-billion naira contract and stop blackmailing those not connected to the contract at all.”