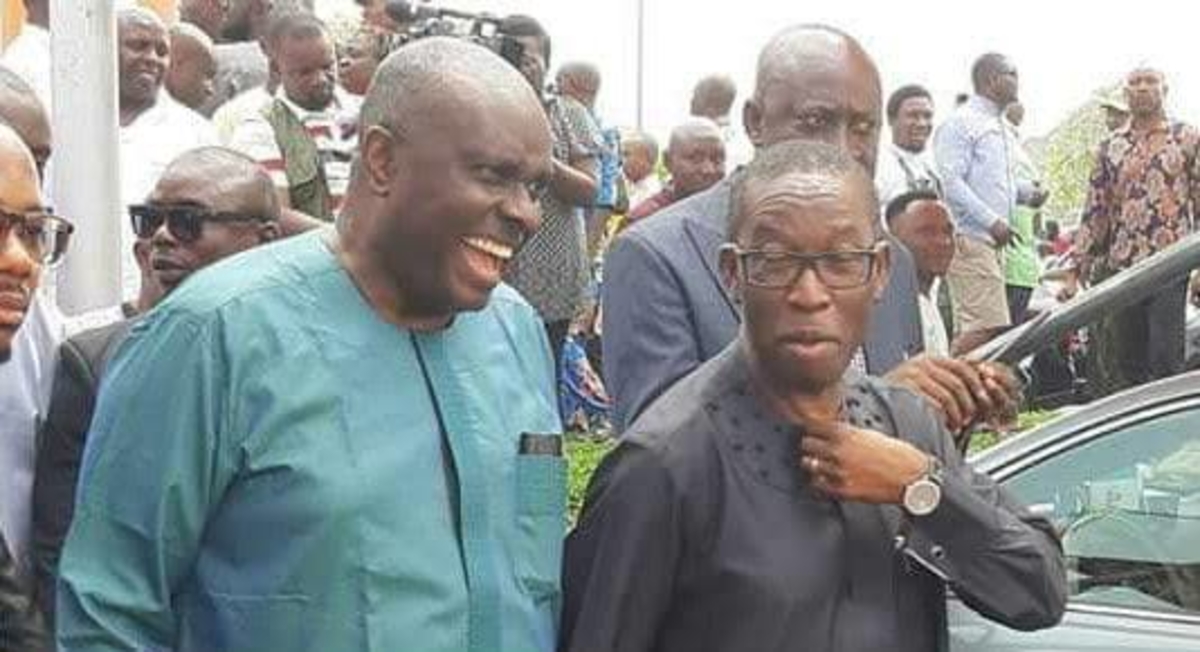 The reaction followed a vexed headline from a pan-Delta online platform, (NOT BIGPENNGR) which had reported on Sunday, January 16, 2021 with the title: “DELTA 2023: Okowa, Ibori Fight Dirty Over Successor”.

The story was originally well written and published by Vanguard, according to MSD but was twisted by the Delta-based online tabloid with a capture that appears as if there is discrepancy between Ibori and Okowa over who becomes next governor of the state.

MSD, in a statement on Monday said that it was determined and committed to ensuring a stronger, peaceful, and united Delta, in the run-up to the 2023 elections hence it deem it fit to correct the misconception the online publication had created.

“It behoves us to set a few records straight, concerning the publication, as our own way of educating and informing Deltans with accurate, verifiable information on the true position of affairs and also protecting ourselves from misleading and giving information that is capable of heating up the polity and instigating unnecessary and avoidable conflicts, provocations and conflagrations in the State.

The group stated that the online publication which had the vexed headline had culled verbatim a Vanguard newspaper publication but change the headline from the original, without informing the readers or even acknowledging the source and author of the original story.

MSD, in a statement by its National Co-ordinator,Dr. Festus Bomo Patani said that the action of the online publication smacked of “crass and brazen display of unethical journalism, bordering on plagiarism”.

According to Dr. Patani, “Journalists must be cautioned to avoid sensationalism and inaccurate reportage intended to deliberately mislead the people, especially when they copy stories from other more seasoned and recognized mainstream publications”.

Dr. Patani noted that “it is already common knowledge in Delta State, that the succession process in the State PDP, with its intrigues and entrenched Interests, is likely going to become a difficult situation if it is not properly guided and managed.

‘This, however, is quite a common occurrence in the political landscape especially when elections approach, he said.

“Both Governor Ifeanyi Okowa and Chief James Ibori, as astute, progressive, and well-experienced leaders of the Delta PDP, understand the situation perfectly and having achieved many successes, both individually and for the party in numerous political battles over the years, have ‘faced up’ to the reality of the situation and pledged, as the original story confirms, to allow the process unfold in accordance with the rules.

“They have accepted as leaders, to show example, by ‘playing by the rules’ and not ‘fighting dirty’ by any stretch of imagination, so one wonders where the publisher of the online Portal got the information that compelled the change in the title of the original piece.

Specifically,  the group said that Governor Okowa and Ibori are not ‘fighting dirty’ over any successor maintaining that the story (Vanguard publication) itself makes that succinctly clear when the writer stated in paragraphs 20 and 21 that: “Thought-provoking, however, is the information corroborated by multiple sources that Governor Okowa had met with the former Governor, Chief James Ibori, to discuss the issue of his successor in 2023.

Quoting from the original story, Dr Patani wrote; “Saturday Vanguard learned that Ibori pointed out his favourite candidate (names withheld) to Okowa, but the Governor opposed his choice and voiced his first choice (names also withheld) based on competence. Both men differed but mutually agreed that they would settle the score at the primaries if there was no meeting point before then”.

“That, fellow Deltans, ladies and gentlemen, is the true position of things. QED.

“Political analysts and commentators, as well as compatriot politicians and colleagues, will confirm that if there is one political leader in the country, who has made playing by the rules a sacrosanct and irrevocable principle in his political lexicon and agenda, then that leader is without doubt Governor Ifeanyi Okowa. His political trajectory is replete with impressive examples of his doggedness to ensure that the right thing is done, always.

“He does not Fight Dirty, but prefers to deploy superior strategic, astute, and pragmatic political acumen to achieve victories that cannot be overturned. A fine example is the 2011 Delta North Senatorial Primaries where he even had to engage and fund national television networks from his own pocket, to beam the event live to the entire world and avoid any controversies.

“Chief James Ibori, on the other hand, is a veteran of many rigorous, successful and victorious political battles. He has the scars to prove it and it is also on record that he sourced and harnessed the skills and exceptional talents of leading political figures in the State like Governor Ifeanyi Okowa, Dr. Emmanuel Uduaghan, Senator James Manager, and a host of others, to work in and within his Executive cabinet, when he was Governor of Delta State. That is why today, he is reverentially hailed and addressed as the ‘Godfather’ of Delta politics. He definitely would not “Fight Dirty” with the same people he has worked together with for years. Only the uninformed or downright mischievous cretins would suggest such a nebulous scenario.

“As true and responsible party leaders, they have faced up to the challenge(s) which the 2023 succession process may pose. There is no doubt whatsoever that as the situation unravels, both leaders will once again work together with other party leaders, elders, and stakeholders across the three Senatorial zones and the entrenched interest groups and blocks, in rigorous consultations, dynamic negotiations, and harmonious cooperation, to determine and deliver the best man or woman for Delta State in 2023”.