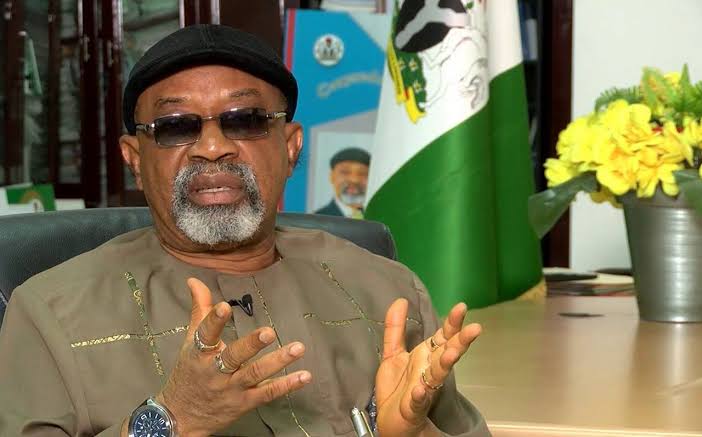 The minister of labour and productivity, Chris Ngige, Wednesday says the federal government has rejected the N22,500 minimum wage proposal by the Nigeria Governors Forum.

Ngige disclosed this on a Channels Television’s Sunrise Daily phone-in programme, criticising the governors for agreeing on N22,500 which he said was below the N24, 000 agreement by the federal government.

BigPen Online reported that Chairman of the Governors forum and Zamfara state governor, Abdul’Aziz Yari, had said the decision of the governors was based on the current realities on the ground.

Yari had however, said that all parties on the ground would resume back on negotiations to see that the welfare of the workers is met.

But speaking during the programme, Ngige said: “The governors have not even done enough. I told them that this N22,500 is even rejected by the federal government.

“The national minimum wage is a national legislation being driven by the federal government of Nigeria in pursuance to item 34 of the Exclusive Legislative list. But you don’t go and make a law which people will disobey at the initial.

“If you make a law and hoax a figure that is not agreeable, which people don’t have the capacity or ability to pay because the International Labour Organisation (ILO) says in those negotiations, the principle is the ability to pay”, Ngige said.

Continuing, he however, decried that the Chairman of the Tripartite Committee,. Amal Pepple is not in the country.

The minister explained that despite her absence for two weeks for a medical check-up, the Federal Government would convene partners involved in the minimum wage to deliberate on the issue and arrive on the same page.

Nigeria Labour Congress, Trade Union Congress of Nigeria, and United Labour Congress of Nigeria, workers and their civil society allies who staged protest across the country are insisting on N30,000 as minimum wage, or commence a nationwide strike on November 6, but Ngige said that any industrial action being embarked on the aggrieved workers would not resolve the issues at stake.