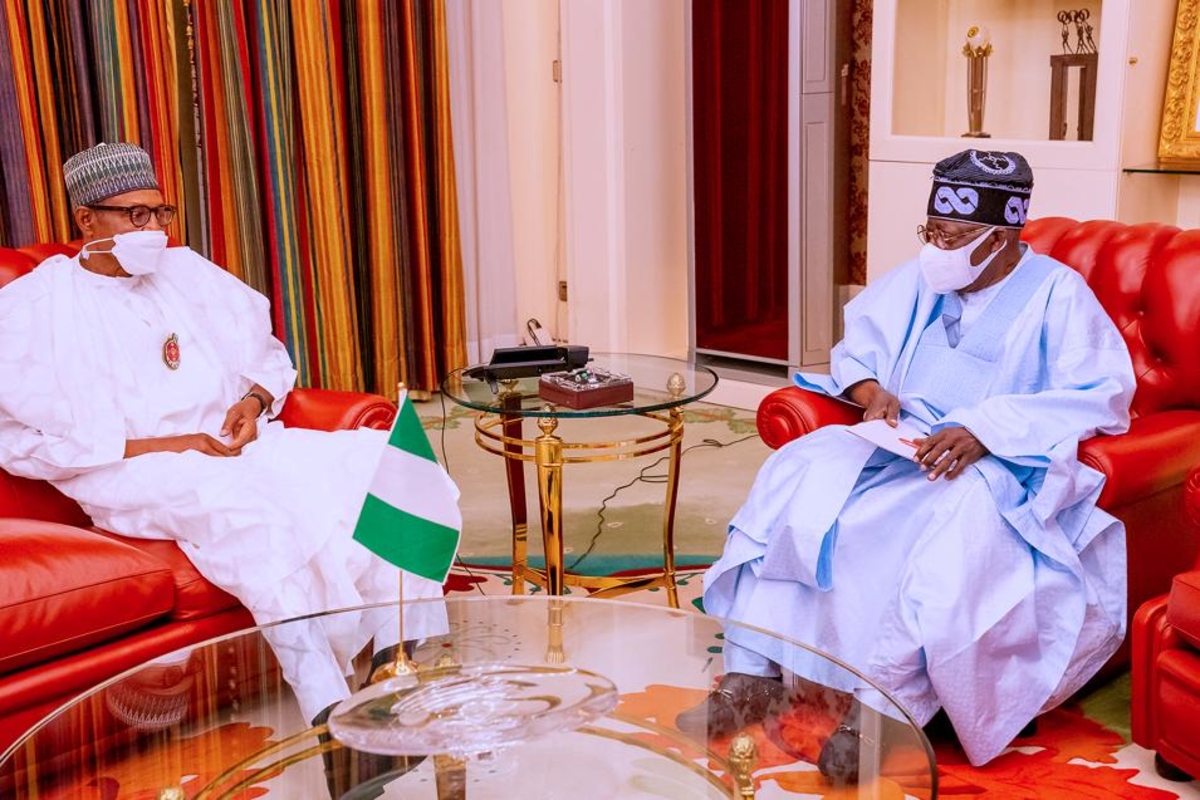 Asiwaju Bola Tinubu, national leader of the All Progress Congress (APC) and former Lagos state governor, is currently at the presidential villa to President Muhammadu Buhari over his intention to contest the 2023 presidential election.

BIGPENNGR reports that Tinubu met President Buhari at the villa over his quest for the APC presidential ticket.

The APC national leader met Buhari in a closed door in his office Monday at the presidential villa.

After a while, he emerged to brief state House correspondent, saying that he has formally informed Mr. President of his ambition to take over his seat comes 2023.

When asked if he has informed Buhari of his ambition, Tinubu said: “I will answer that with categorical yes.

“I’ve informed the President of my intention but I have not informed Nigerians yet. I’m still consulting.

“And I have no problem consulting. And I’ve not set a parameter of limitation to the extent of how many people will I consult.

“You will soon hear, all you want to hear is the categorical declaration.

“You’ve gotten that truth from me that I have informed Mr. President of my ambition, you don’t expect more answers than that.”

According to him, “as a democrat, President Buhari did not stop him from attempting to pursuing his life long ambition”

He, however, didn’t answer journalist questions to how a contest between him and vice president Yemi Osinbajo would look like.

Osinbajo had been in recent times touted as Buhari likely successor by some support groups who have been canvassing for his candidacy.

The APC leader said he would not discuss any individual who has ambition including the Osinbajo’s potential ambition, which may pose threat to his own ambition.

Tinubu, said that as a former Lagos governor, “with what I did in Lagos as governor, I have the capacity to rule Nigeria”.

Answering journalist question why he would not want to remain a kingmaker rather than being the king as many Nigerians are asking him to be, he maintained, “there is nothing that stops a kingmaker from becoming the king unless he has committed murder”.

Why And How Dubai-based Internet Celebrity, Mompha Was Re-arrested – EFCC