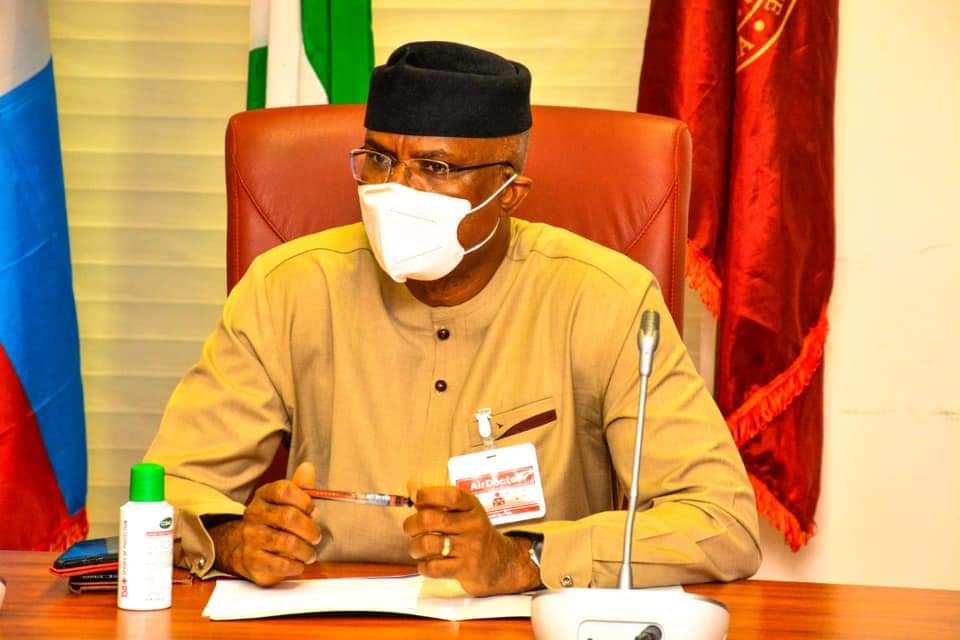 With the year ending, individuals, families, groups, businesses, and organizations are doing an assessment, taking stock and looking at the balance sheets for the year 2020. At the same time, various newspapers, magazine outlets and blogs will be naming their personalities of the year.

In the same way, our Representatives at various levels have been assessed and evaluated to determine their contributions to the developmental goals of individuals and communities with the mandate received from their constituents.

In that light, our various Representatives, in the State House of Assembly and in the National Assembly were assessed and evaluated and Obarisi Ovie Omo-Agege, Senator representing Delta Central Senatorial District and the Deputy President of the Nigerian Senate was selected as the Man of the Year 2020 for his most impactful representation. In the face of hardship he put smiles on the faces of individuals, families and communities. No time in the modern history of our people have they experienced this uncommon responsiveness and the spirit of reactive representation.

There is no doubt that majority of Deltans, particularly those from Delta Central Senatorial District are in awe and amazement about dividends of governance, the office of the Deputy Senate President has generated in terms response to infrastructure deficit, appointments, employments and empowerment of women, youths and even the elderly.

In making the choice, due consideration was given to issue of whether he is taking his actions just because he wants to run for another office. But that is not the case, he could have selfishly appropriated everything to himself, his family and a few cronies waiting to intimidate and unleash his humongous resources on the people on Election Day.

In the past and into the future people in office will continue to aspire to run, the question is: while in office what is their response to socio-economic development and empowerment of individuals and communities they represent? Several Representatives have gone through the same route, their response was to selfishly amass cash in preparation for future electoral battles, hiding under the notion that it is the responsibility of the Executive arm of Government to provide for the people. But with Obarisi Ovie Omo-Agege, there is a huge difference and a selfless attempt to spread true joy.

Omo-Agege began his journey in the Nigerian Senate in 2016 on a right footing; it is almost as if he had served an apprenticeship. He knew how the system worked, the convoluted processes on how a bill becomes law, and the pressing issues. He fostered key relationships needed to be a success in the Senate. His background as a lawyer helped him in performing his legislative duties. He also brought to the table his experience serving as a commissioner and later Secretary to the Delta State Government.

He remains one of the most outstanding Senators, an assertion justified by his commitment and fighting spirit. He is brilliant, smart, intelligent, compassionate and futuristic.

In the last five years, Obarisi Ovie Omo-Agege has served his senatorial district well, with modesty and an earnest simplicity, never begging applause or seeking the limelight. In his public statements, he never brags about accomplishments. Instead, he appreciates the senatorial district and Urhobo people for the privilege of being able to serve.

Ovie Omo-Agege, the Deputy Senate President is also the Chairman of the Senate Committee on the Review of the 1999 Constitution. Despite his busy schedule he has sponsored several bills. He is passionate about women empowerment and protection, including sponsoring bills and motions aimed at uplifting women and youth in the country.

He is also passionate about resource control and Niger Delta related issues and is ever ready to articulate his views on them. He is particularly attuned to the fragile, oil dependent nature of the Niger Delta economy. Much of his efforts are focused on protecting and preserving the region’s eco-system while encouraging a more transparent use of the 13 percent revenue accruing to the States in the region. Whenever he speaks, he speaks for Urhobo nation, Delta State and indeed the Niger Delta region.

Omo-Agege is an ardent supporter of President Buhari and is always willing to promote and support any Executive bills on the floor of the Senate.

Some critics may be derisive of his zeal. It is also likely that a few may not fully appreciate how well they are being served by him — someone who is capable, robust and unassuming. One day, possibly soon, we will all thank him for his foresight. His senatorial district is definitely a better place because he is there.

POLITICAL BROUHAHAH ON KYARI, OSHIOMHOLE, TINUBU AND OTHER BOMBSHELLS IN 2020 BY EMMANUEL AZIKEN