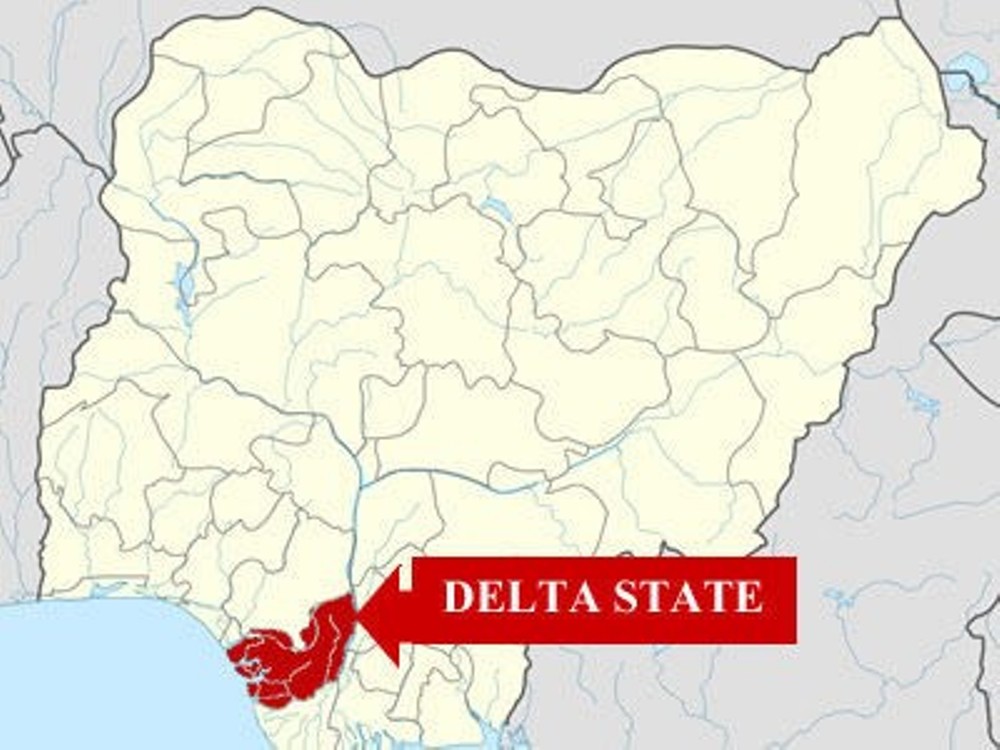 Thousands of residents of oil rich Uzere community have fled their homes as youths unleash mayhem in the community over N20million oil largesse which accrued to the community.

BIGPEN Online gathered that the fund was released by the Nigeria Petroleum Development Company, (NPDC), operators of the Oil Mining Lease, OML 28 for the construction of a youth acquisition centre.

Instead of using the money for the purpose it was given, the community’s President General, Felix Ewenede, in connivance with some leaders in the community allegedly diverted the sum, local sources claimed.

One Sam Ogri, Henry Etuwede and one Columbus were also fingered in the alleged embezzlement of the money.

In an ensuing confrontation over the use of the said money, some armed youths went haywire and started unleashing mayhem since last week.

The crisis had snowballed into a major confrontation weekend when security team comprises of soldiers and mobile policemen were drafted in.

Some of the youths who were camped in the residence of a prominent indigene of the community who is said to be the arrowhead of the crisis had confronted the security personnel in broad day light gun battle.

One truck load of soldiers was stationed at Iduh’s place on Monday morning while over 200 team of soldiers and policemen have been drafted to the community.

It was learnt that only a pocket of youths loyal to the warlords that are holding sway in the troubled community.

One indigene who preferred anonymity alleged that one Ogri who enjoys the support of former Chief of Army Staff, General Alexandra Ogomudia (rtd) has been the one causing the crisis in the community.

“Ogri, has been a major financier of these armed boys unleashing terror on the community. Can you imagine that on Thursday, these armed boys were exchanging gunshots face to face with the army and mobile police in broad daylight?

“As we talk, army, navy and mobile police have taken over our community with these armed boys shooting day in, day out non-stop, destroying properties and looting homes in the night. Some of us slept in the waters until dawn because the community is in water because of the flooding. Everybody has run to other neighbouring communities because of the crisis.”

Iduh Amadhe, confirmed the crisis on Monday when contacted by one of our correspondent.

He said several persons including him have long fled the community which was thrown into crisis over the said oil largesse.

According to him, “The community’s president general is the major cause of the crisis because he wants to grab every kobo that comes into the community from multinational oil companies. You can’t withstand the shooting in that community by some armed youths chasing away perceived enemies and engaging security agencies in a gun duel.

“The recent N20-million largesse from the NDPC for skill acquisition for the youths that he diverted is the cause of this crisis that has rocked the entire community since Wednesday.

“Like some of us, we are still calling for peace and a combined team of security operatives have already moved into the community”, Amadhe said.

Meanwhile police from the State police headquarters has arrested the community’s president General, Felix Ewenede over the crisis.

Ogri, when contacted dismissed allegation that he has hands in the crisis, describing himself as a peaceful man.

State Commissioner of Police, Adeleke Adeyinka could not be reached for comment on this report as of press time on Monday morning.