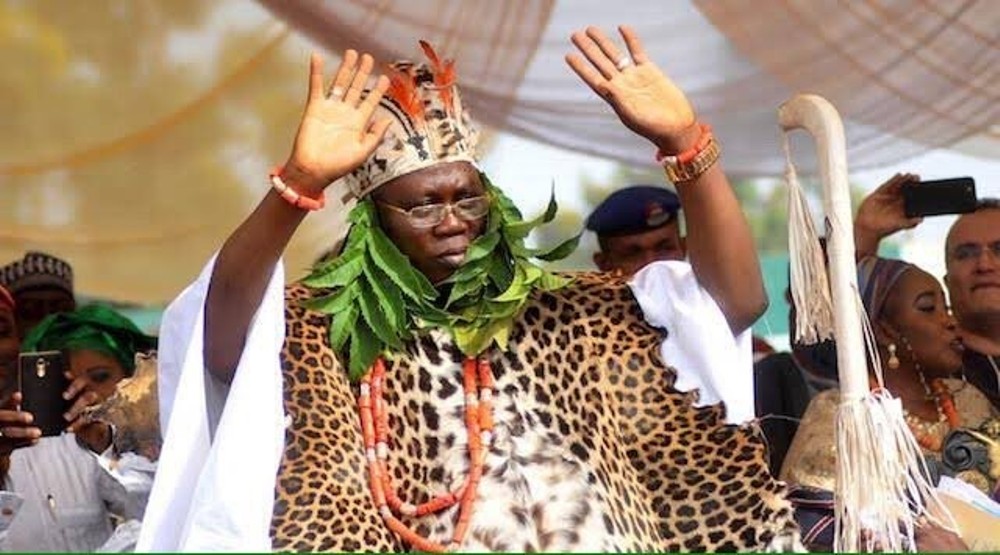 The Aare Onakakanfo of Yorubaland, Aare Gani Adams, on Tuesday, broke his silence over the degenerating spat between a Yoruba activist, Chief Sunday Adeyemo popularly known as Sunday Igboho and Falani herdsmen over eviction ultimatum.

BIGPENNGR.COM reports that Gani Adams who took to the mini-blogging website, Twitter to rely his terse message earlier before appearing on a television programme on Tuesday, said that the north was beating drums of war that would consume them.

However, appearing on on ARISE Television breakfast show, Gani expressed worry that some people in the South-West are colluding with Fulani herdsmen to commit crimes such as kidnappings and armed robbery in the region.

He also said that for insecurity to be eradicated from the region, the Western Nigeria Security Network codenamed Amotekun must be allowed to function effectively.

Expressing worry that some bad elements in the South-West were collaborating with criminal herdsmen, the Yoruba leader said: “Some people pressured me to talk on the happenings in Ibarapa, Ondo State, and other areas in the South-West.

“But I am someone who does not dance to unnecessary pressure. Before I take any step, I make consultations. I realised that on the issue of insecurity, the South-West has been infiltrated by bad elements.

“When some Fulani herdsmen that were arrested around Ilesha by the OPC, vigilante and Amotekun were interrogated, we gathered that the person who prepared food for them is a Yoruba person.

“We also gathered that the person who provided information about the person to be kidnapped, is a Yoruba person.

“It means we have to apply strategy to the security threat. Where is the problem coming from? Who are the evil ones among us?

“If you want to fight insecurity conventionally, the only way out is to support Amotekun.

“Amotekun should not be frustrated. With time, they will understand the terrain and know how to perfect it; but when we crucify them, it will affect Yoruba land.

“We are happy that Amotekun had been gazetted and signed into law by the South West governors but I want to appeal to Yoruba people to allow the system to work.”

BREAKING: Okowa Sends Bills To Assembly To Upgrade COE Agbor, Ozoro Poly, One Other To Varsity