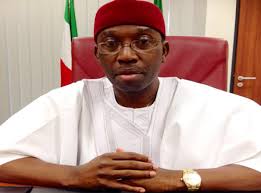 Delta State Governor, Ifeanyi Okowa today during a Live Radio and Television Broadcast called for increased advocacy against the stigmatization of people living with HIV/AIDS in the country even as the state joins the rest of the country and the world to mark December 1st as World Aids Day.

The governor also revealed that Delta State has about 78,359 persons living with the virus and that there was the need for advocacy to reduce discrimination and stigmatization.

“According to the National Agency for the Control of AIDS (NACA), Nigeria has over three million people living with this virus. Furthermore, the HIV prevalence rate in Nigeria stands at 3.4%.

“In Delta state, with an estimated population of over five million people, we have about 78,359 people living with HIV, out of which 38,257 are eligible for treatment and 28,000 currently have access to life-saving Anti-Retroviral Drugs (ARV) which is 73% coverage in treatment”, he said

According to reports available to BigPen Online, the Governor also stated that Delta State HIV prevalence rate currently stands out at 3.6% (among Ante-natal surveys), while the survey among the general population is 0.7%.

“I enjoin all stakeholders to re-double their efforts at educating our people on the HIV/AIDS pandemic as well as to take proactive steps at eradicating stigma and discrimination among the citizenry”.

The Governor, while commending the theme for the 2017 World Aids day “Right to Health: Make it Happen” appealed to all Deltans to endeavor to know their HIV status and also register with the Delta State Contributory Health Scheme as a sure way of ensuring rights to quality health.

He assured Deltans of government resolve to provide an enabling an enabling support for HIV/AIDS activities in the state and called on the organized private sector, the multi-nationals and philanthropists to assist in filling the funding gaps so as to give the people renewed hope for tomorrow.