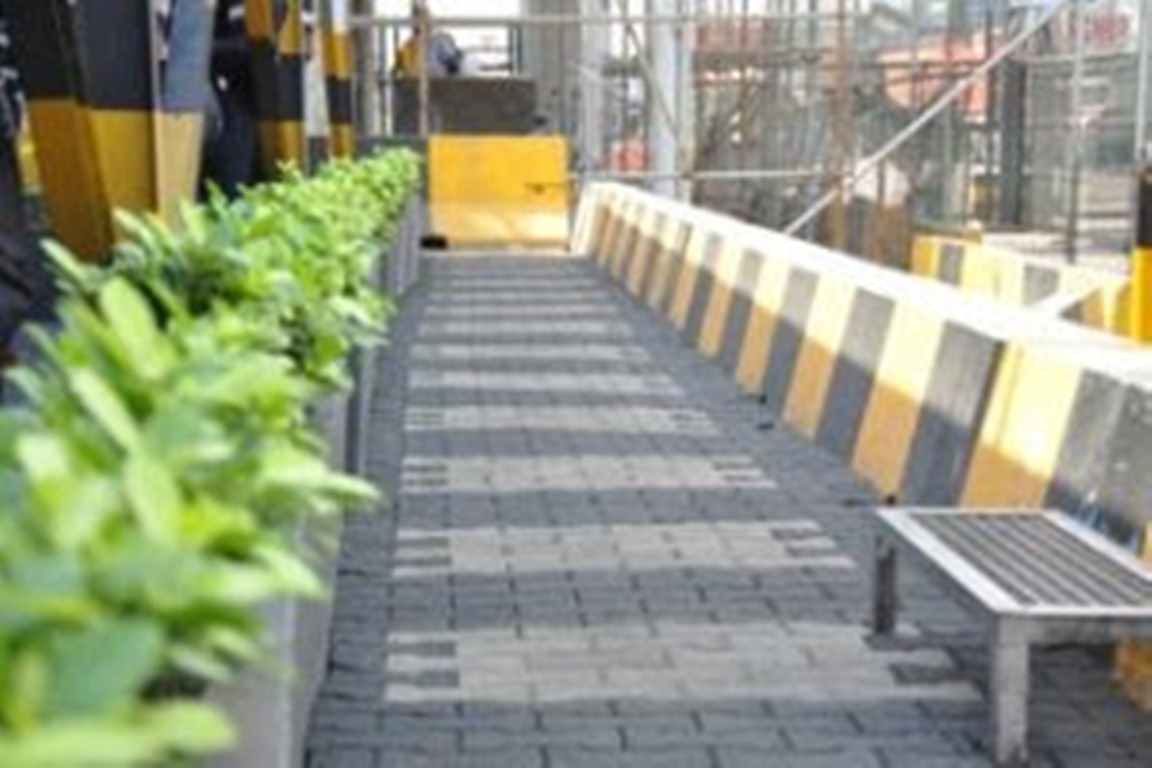 The pedestrian walkway paved with blocks made out of recycled tyres at the APM Terminals Apapa Administrative Building in Apapa, Lagos.

APM Terminals Apapa, Lagos, says it has started recycling its used tyres into pavement blocks for use in exterior flooring.

Mr Steen Knudsen, the Terminal Manager, disclosed this in a statement issued in Lagos on Tuesday.

According to him, it is the terminal’s contribution to reduce the harmful effects of industrial waste on the environment.

Knudsen also said that studies had shown that recycling of tyres helped to reduce the effects of harmful chemicals on the environment.

Recycling also prevents tyres from becoming breeding grounds for disease-carrying pests like mosquitoes, which cause malaria, he added.

“With all the rolling equipment that we have, we use a lot of tyres annually and we are at the moment running a pilot where we recycle used tyres and compress them into pavement blocks.

“It can be used for paving different areas of the terminal where we have pedestrian traffic.

“It is quite an interesting project and it is in partnership with a recycling facility located in Nigeria, the Freetown Waste Management Recycle Ltd., to where we send our tyres for recycling into pavement blocks.

“The recycled tyres, now pavers can be easily laid on concrete floors, removed and recycled again in the future, which I think is quite nice,’’ Knudsen said.

He added that so far, 40 square metres of the pedestrian area of the terminal had been paved using recycled tyres.

He added that the final goal was to have a total paved area of 580 square metres with the recycled tyres turned pavers.

Knudsen reiterated the commitment of the management and staff of the company to a policy of “environmental excellence’’ with respect to its business activities in its on-going effort to remain environmentally-responsible.

Klaus Laursen, the Country Manager of APM Terminals Nigeria, said that the company took its responsibility towards the environment very seriously.

The APM Terminals is the largest container terminal in West Africa with an investment of more than 438 million dollars in equipment.

The terminal has continued to introduce innovations to help shipping lines and land customers to achieve improved supply chain efficiency, flexibility and dependability in a cost-effective manner.