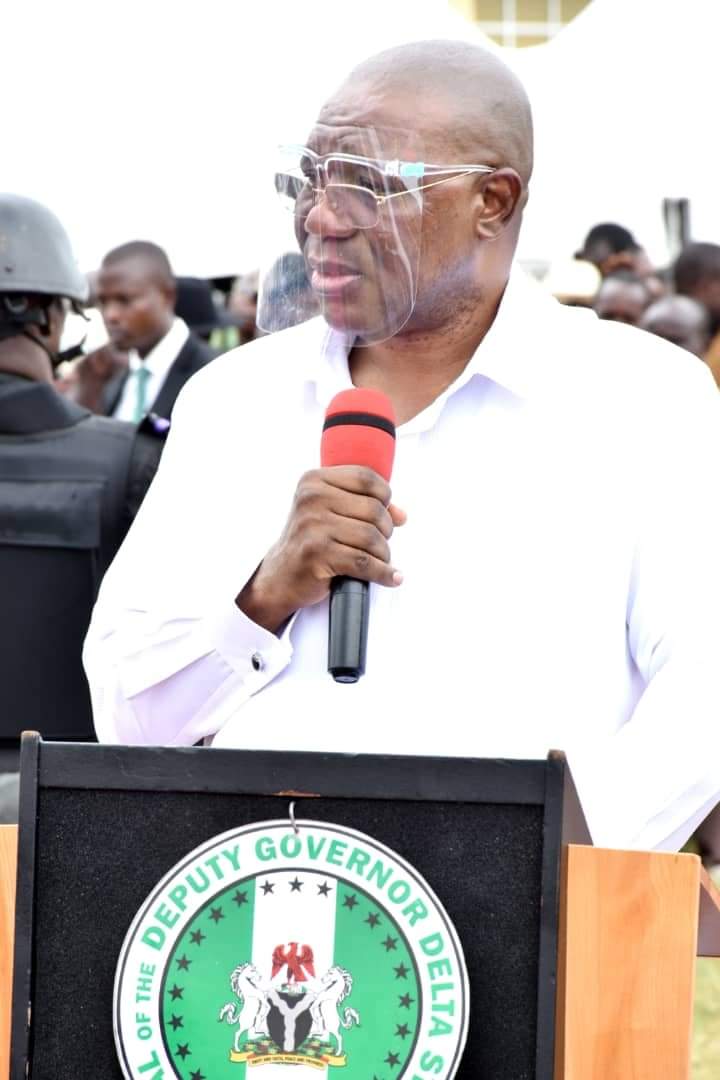 Ogulagha/Odimodi communities have been protesting and had threatened to cripple Shell’s production in the area over indigenes the company recently retrenched.

Recalls the Deputy Governor had, last week, met with oil rich Ogulagha and Odimodi communities in Burutu LGA and pledged to intervene in their face off over retrenchments the SPDC allegedly blamed on low economic fortunes occasioned by the COVID-19 pandemic.

But speaking after a closed-door meeting in Government House Annexe, Warri, with top management staff of SPDC led by General Manager, Security, Stephen Jones, the deputy governor advised all aggrieved communities to always leverage on the state’s peace institutions to resolve conflicts.

“So far, we have had far-reaching decision on how to manage the situation, going forward with respect to the rift between Ogulagha/Odimodi communities on one hand and SPDC on the other.

“Today, we had a meeting of minds in the course of the discussions”, Otuaro said in a post-meeting press conference attended by the SPDC representatives.

“My message to all our oil producing communities is that the Senator Dr Ifeanyi Okowa-led Delta State Government is a people-oriented government. We expect that our oil communities will leverage on Conflict-Resolution and Peacebuilding structures we’ve put in place”, Otuaro pleaded.

He added: “When issues arise as they are bound to, they should leverage on these peace institutions to see how we can tinker with the problems and give solutions rather than resorting to self help and destroying assets that will do us no good”.

Expressing readiness to intervene at all times, Otuaro said: “As a government, we have had and will continue to meet and engage our people, engage the oil multinational corporations as to what to do in bringing about sustainable peace, in the oil producing environment.

“We have routine security meetings and engagements like the one we just had with SPDC. So, it is dialogue, dialogue and dialogue”, Otuaro recommended.

He, however, reiterated: “There are peace structures, leverage on them. There will be issues, let’s sort out the issues, going forward, rather than resorting to ultimatums, resorting to threats, and resorting to breach of critical oil assets that will lead us nowhere”.

Also speaking, Oil and Gas Commissioner, Chief Emmanuel Amgbaduba, said: “We advise communities to be patient and allow dialogue to yield fruits and the benefits will be at the doorsteps of Deltans”.

#EndSARS: Buhari Warns Against Use Of Force On Young Nigerians, Urges Youths To Embrace Dialogue