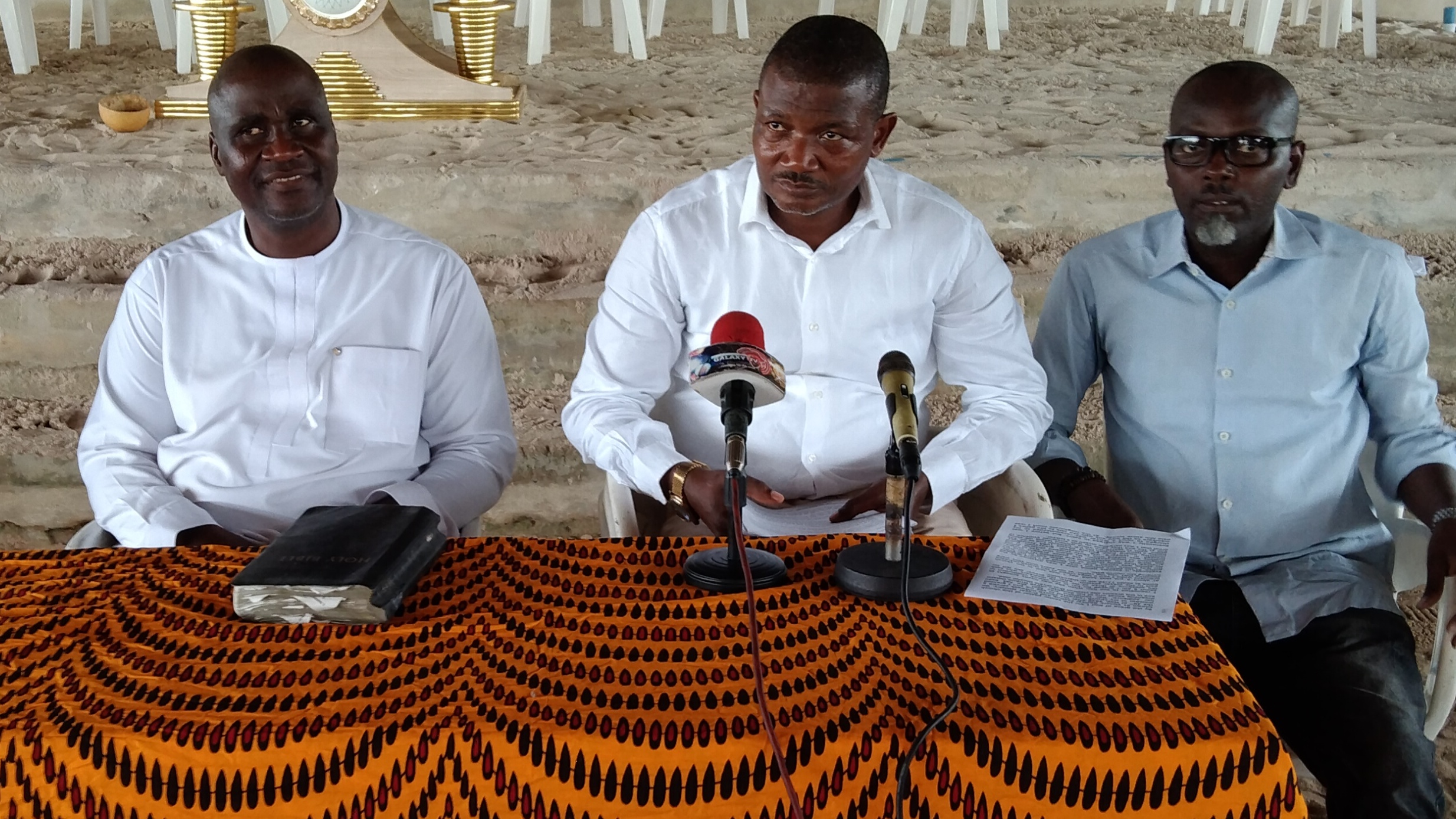 Bishop Elijah Orhonigbe (left) flanked by his lawyer, Mr. Olukoya Ayodele
Bishop Elijah Orhonigbe, Senior Pastor and Founder of Victory Revival Fasting & Prayer Ministry with Headquarters in Warri, has shared how he was falsely accused of drugging and raping a girl named Miracle Omalor but was later released and found not guilty.

In the case W/28c/2020 between the State and Bishop Orhonigbe, he was released and found not guilty on November 22, 2022, for lack of evidence by Hon. Justice Anthony Akpovi of the Warri High Court 2.

Recall that Bishop Orhonigbe was detained by members of the Delta State Police Command in 2020 after Omalor, a 19-year-old, accused him of rape. A magistrate court ordered Bishop Orhonigbe’s detention.

Later, the cleric was granted bail by Justice Akpovi of the High Court in Warri. As part of the conditions for his bail, the cleric was required to produce two sureties who each contributed N1m.

The bishop was later hit with additional charges of alleged substance administration and impersonation by the police.

However, due to a lack of evidence from the Nigerian Police, Delta State Police Command, who had arrested and charged the bishop to court after a protracted media trial, Hon. Justice Akpovi of the Warri High Court, where the case was tried, dismissed the case and freed the bishop.

Speaking about the ruling, Mr. Olukoya Ayodele, one of the discharged bishop’s attorneys, claimed that the entire incident had been staged by the cleric’s adversaries in collaboration with certain Nigeria Police personnel.

“The police in the court said they didn’t have money to carry out a forensic test on the rape victim’s blood and urine to ascertain that she was drugged.

“On alleged impersonation, the police also claimed that they could not raise money to do an investigation in Lagos because they had brought some receipts alleging that the bishop went to Lagos using the name Barrister Elijah Orhonigbe.

“The court after seeing through all the evidence, the judge found that the man of God did not commit any of the three offences. Two of the counts would have sent him to life imprisonment. Administering stupified substances and rape attack life improvement.

“We’ve come to tell the whole world that Bishop Orhonigbe is, indeed, innocent of the allegations.,” Olukoya noted.

In a press conference on Sunday at his church auditorium, Bishop Orhonigbe thanked God for rescuing him and said he was ready to go to prison if he was actually found guilty, claiming the whole thing was a set-up.

He claimed that the accusation that he had raped a girl who had been openly prayed for in the church auditorium in broad daylight was the result of enmity and a plot on the part of those who wanted to destroy his God-given ministry.

He described his ordeal in detail, saying, “On May 20, 2020, after the church’s midweek service, a member of my church asked to see me. I gave them a meeting.

“She complained that she had been dreaming about one of her daughters called Miracle Omalor that she (Miracle) died.

“I requested to see her when she was finally brought at about 9:00a.m, I prayed for her in the church auditorium in the presence of three of my church members who took part in the prayer session after which she left for home at about 11:30a.m or thereabout.

“At about 5:00p.m that same day, I was still in the church premises when I saw a large crowd at the church entrance shouting that ‘see the rapist’ at the same time they were banging the church gate.

“Eventually it became a police case. I was detained by the police. At the police station, I was alleged to have drugged the lady before rapping her with blood all over her body.

“My phone was seized, one of my ushers and pastors were arrested, they made statements and were detained for hours.

“On the third day in detention, the police brought another allegation of impersonation.

“My phone that was in police custody was loaded with photoshopped pictures of me dressed in a lawyer’s wig, academic graduation gown receiving the award from Barrack Obama (former USA President), having a handshake with the V.P. Osibanjo and so on.

“The police went to search my office without taking me along and at the end, they came up with arraigned evidence to prove that I was parading myself as a lawyer,” he narrated.

Bishop Orhonigbe, however, stated that after receiving the court’s certified judgement, his attorneys would decide whether to file a lawsuit against the police and their complicits, including a lawyer and his former driver who had falsely accused him.