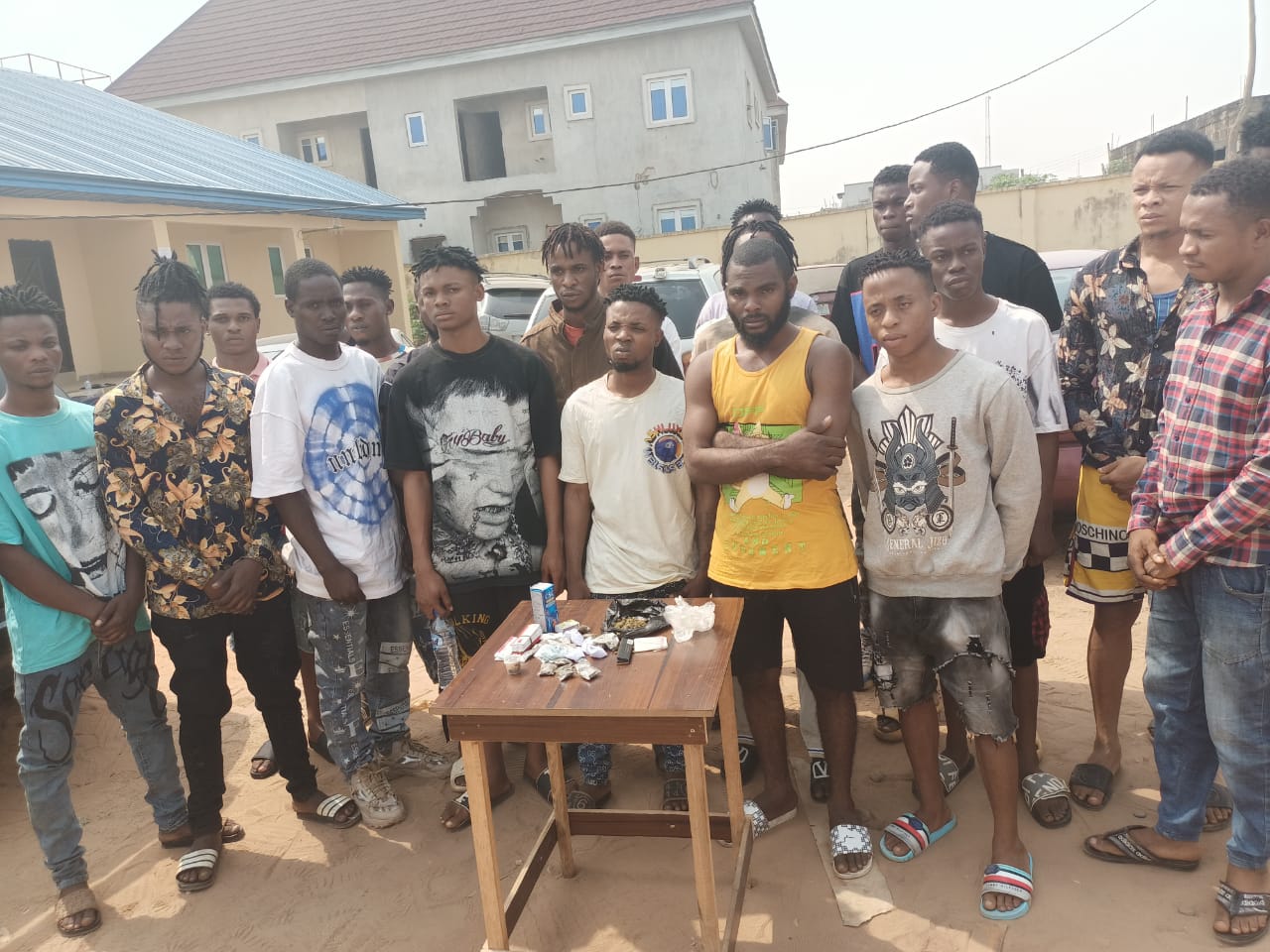 The drug syndicate was discovered following a raid on black spot in Okwuchi quarters of the town by Delta police command’s surveillance crack team.

State Police Command Public Relation Officer, DSP Bright Edafe, who confirmed the arrest, said that the suspect was arrested in the drug neighborhood.

He said while other suspects took to their heels, forty (40) packets of 100mg Tramadol, eighty-nine (89) wraps of weeds suspected to be Indian hemp, four (4) sachets of Swinol, three (3) containers of Loud, fifty-five (55) wraps of substances suspected to be cocaine were recovered from the location.

Edafe, in a statement on Thursday, said that the suspect, who gave his name as Larry Onifon told police interrogators that the cartel is popularly called “OBJ cartel” and that it is owned by one of the fleeing suspects named “OBJ”.

He said that the suspect is in custody while manhunt for the other fleeing suspects is ongoing.

In a similar development, the command’s Raiders operatives had on January 31, 2022 at about 2100hrs, raided a criminal hideout at Agbor, Delta State, where twenty-five male suspected cultists were arrested.

Edafe who also disclosed this in a statement, said that some of the suspects confessed being members of Black Axe and Junior Supreme Aiye confraternities.

He said that investigation is still being carry out in both incidents.

Only Enemies Of The Youths Will Criticise Us  – Okowa