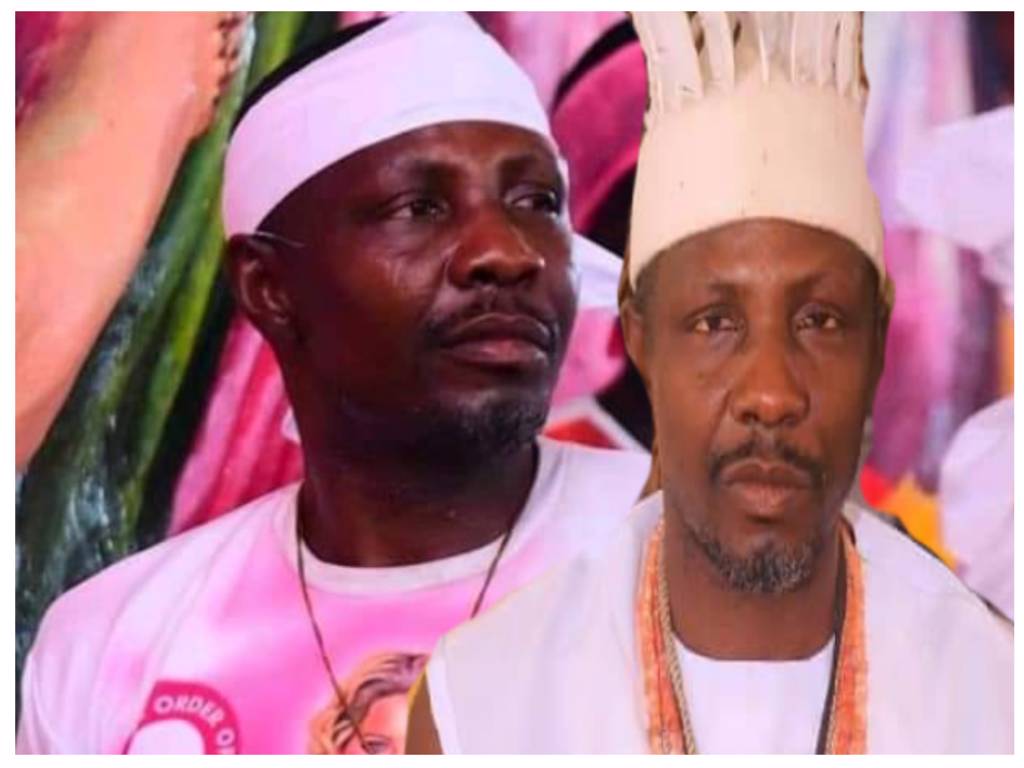 Amidst fears of arms buildup in the Niger Delta, the group, Centre for Human Rights and Anti-Corruption Crusade (CHURAC), has urged those criticising former militant leader, Government Ekpemupolo, popularly known as Tompolo over multi-billion naira pipeline surveillance contract awarded to him, to leave him alone to concentrate on how to actualise the security job.

www.bigpenngr.com reports that the group spoke against the backdrop of recent statement credited to Governor Rotimi Akeredolu of Ondo State to the effect that rather than empower the federating units, (State Governments) that had set up security outfits, the Federal Government had permitted non-state actors to hear heavy assault weapons in the guise of protecting the nation’s network of pipelines.

Governor Akeredolu had conticised the pipeline security contract awarded to Tompolo’s company, some individuals and private organisations, describing the proposal as “unsettling”.

He also expressed fear that non-state actors are now being empowered to bear arms, saying that more disquieting is the barely disguised hostility displayed by the federal government against some state governments that established security outfits to fill the widening gaps in the scope of security coverage in the country.

According to the governor, “The Federal Government, through the Office of the National Security Adviser, has been consistent in its refusal to accede to the request by some State in the Federation to strengthen the complementary initiatives adopted to protect lives and property. This is done in spite of the knowledge that the very issues which necessitated the creation of these outfits support providing adequate weaponry. All attempts to persuade the Federal Government to look, critically, into the current security architecture have been rebuffed despite the manifest fundamental defects engendered by over-centralisation, Akeredolu had said.

“”It is, therefore, shocking to read that the Federal Government has maintained the award of the contract to “protect” the country’s pipeline from vandals to private organisations. This story, if true, leaves a sour taste in the mouth.

“The NSA will, obviously, not advise the President to approve the award of a contract of such magnitude if the operators have not displayed sufficient capacity to checkmate the criminal activities of equally powerful groups.
“Consequently, it is safe to conclude that the Federal Government has, impliedly, permitted non-state actors to bear heavy assault weapons while denying the same privilege to the States, the federating units.Akeredolu said that the award of contract to private organisations to protect vandalisation of pipelines raises fundamental questions on the sincerity of the advisers of the Government on security issues.

“If the State Governments, which are keenly desirous of protecting their citizens, establish ancillary security outfits and there has been pronounced reluctance, if not outright refusal, to consider permitting them to bear arms for the sole purpose of defence, granting private individuals and or Organisations unfettered access to assault weapons suggests, curiously, deep-seated suspicion and distrust between the Federal Government and the presumed federating units.

“The engagement of private organisations to handle serious security challenges reinforces the belief that the whole defence architecture in the country needs an urgent overhaul. The Federal Government cannot be seen to be playing the Ostrich in this regard, the governor concluded.

But reacting to the claims, CHURAC’s Chairman Board of Trustees, Cleric E. Alaowei, Esq., in a statement made available to www.bigpenngr.com on Friday, said that Governor Akeredolu was wrong to have likened the pipeline security contract to the state police proposal he and other state governments are pushing.

“The oil pipeline surveillance contract awarded to some private companies in the Niger Delta by the NNPC Limited is not the same as State Police”, Alaowei said.

He said that though Nigerians are yearning for the decentralization of the police force or better still, allow States to recruit their own security forces to complement the federal police force, pipeline surveillance work does not require the recipients to bear arms.

Allaying fears of Governor Akeredolu and others, the Niger Delta activist said that Tompolo’s job was more of intelligence gathering on activities of bunkerers on the network of pipelines in the Niger Delta and expose culprits to security agencies who are bound to work with his team, he added.

“This is not the first time this contract is awarded to Tompolo or some other persons. The modus operandi of the pipeline surveillance workers is to expose the criminal syndicates in the Niger Delta region to the security agencies.

“Theirs are more like an intelligent gathering because the oil host communities know the topography where the pipelines are criss-crossing the region”.

He said that in the case of state police, the force members are made to carry arms if the federal government grants them license to bear arms.

“People should not confuse themselves with the two. FG’s refusal to accept State Police has nothing to do with the pipeline surveillance contract. The security agencies are comfortable working with Tompolo and others in the Niger Delta to secure the nation’s economic assets.

“We, therefore, disagree with the Governor of Ondo State, His Excellency, Rotimi Akeredoku, SAN. Nigerians should not resort to an unfounded propaganda to blackmail the Federal Government over this laudable initiative.

“It’s not true that non-state actors will bear arms to guard the oil pipelines. It has never happened before and we believe it will not still happen under the present arrangements.

“Tompolo’s traducers should know that late Capt. Hosa Okunbor’s Ocean Marine Company is currently executing the same contract for the NNPC Limited in the Niger Delta region. Why is Tompolo’s own causing uproar?

“Nigeria is daily losing barrels of crude oil to the economic saboteurs. The Government needs Tompolo who’s a maritime security expert to help boost her dwindling oil productions. His traducers should leave him alone. His scope of work is to locate the illegal bunkerers and expose them to the appropriate authorities”, Alaowei reiterated.

Meanwhile, fear of arms build up in the Niger Delta have continued to heighten since a video footage of some group of ex-militants threatening to make the contract job unexecutable in their territory by Tompolo if the indigenes of the area are not involved surfaced on the internet space.

Branding themselves as “Creek Men in Bayelsa and Rivers”, the masked ex-militants had accused the Minister of State for Petroleum, Chief Timipre Sylva of trying to set off confusion in the Ijaw land.

According to them, the pipelines crisscrossed several communities, even as they wondered that groups from such communities were not considered for the contract that was solely given to Tompolo.

The leader of the ex-militants, who identified himself as General Lamptey, said there was no way Tompolo’s companies would be allowed to work in the designated areas that have leaders that should have benefitted.

Multiple reports said that Tompolo said he has taken note of the protest and is going to address some of the grievances in due time.