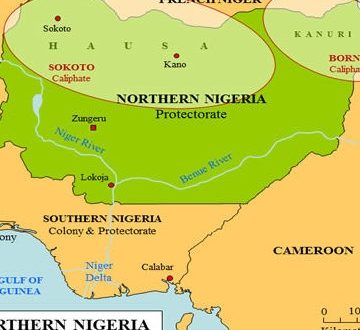 20
SHARES
218
VIEWS
WhatsappShareTweetLinkedinTelegramSubscribe
Indiscipline among our youths is no new concept as it’s known by every individual in our country. We have consistently been disturbed by the rate at which these young adults tread the dangerous path. Youths generally are referred to as ‘Leaders of Tomorrow’. People condemn and demand a change of government regime each day, but we also shouldn’t fail to understand that all is not politics. For how long shall we continue to be led by the aged and usually uneducated leaders? What do we stand to gain voting in or ‘rigging in’, one worse leader after a bad one? What happens to our economy if our quality of leaders keep deteriorating in such descent? Can our prospective young adults then still be referred to as the leaders? Some sense of responsibility should be awakened in the minds of these youths.
There are four main channels through which this indiscipline has been actively brought about.
The parental factor is the foremost channel of this, as socialization starts right from the home. In most families, class not withstanding, parents find it difficult to create time for their kids. Most African parents fail to realize that a ward’s physical needs matter the least. They are limited by the knowledge that the best a child demands is education, clothing, feeding and shelter aside. But the emotional needs are prior to these. What these children really want may not be what has been given to them, as most parents misplace their ward’s identity for theirs.
Uncooperative parents who most times are strict with their wards will have them confiding in someone else out there, who may be able to lure, based on dependency and trust, that child into things unspeakable.
The psychological factor is indirectly interspersed with the parental factor. Youths with extremely low opinions of themselves may find solace in people who may take advantage of this to exploit them. This is a major reason why students belong to cult groups.
The educational factor is another influential outlet. The school is supposed to be an institution that teaches positive values and principles needed in life, to the students. But what we have today is an entirely different subject, as even teachers encourage students to neglect their studies. In order to enhance their own reputation, they exploit these students who on their part display reluctance to read. Now what sort of leadership position or office are such students expected to hold effectively when they have been taught by their schools to be brainless? The educational institution can still correct this mishap with the younger generation if it’s willing to.
Finally, the societal factor. Brought up in a society where value lacks recognition, these youths tend to live up to its expectations. Our society now teaches nothing but ill-gotten wealth. An observant eye discovered that our fathers lived till old age while our generation lost lives at pathetically young ages, because of the intensity of the atrocities it produces. With technology introduced, new tactics of deceit are invented by the pass of each day and every indolent youth, indulge in this ravaging nonsense ignorant of the fact that their destinies are used to pay for their sins.
Nothing can be dealt with except from the root. If these four factors come together in their prospective roles, the attitude of our youths will take a drastic turn.
PRUDENCE KARO, WRITES FROM WARRI, DELTA STATE
EMAIL ADDRESS: joyalexmena@gmail.com
MOBILE: 08164008629
20
SHARES
218
VIEWS
WhatsappShareTweetLinkedinTelegramSubscribe
Related Topics:Delta StateIndisciplinePrudence KaroWarriyouth
Up Next

A TRIP TO THE POOL OF OPPORTUNITIES: DEBORAH DAGOGO RECOUNTS HOW IT ALL STARTED