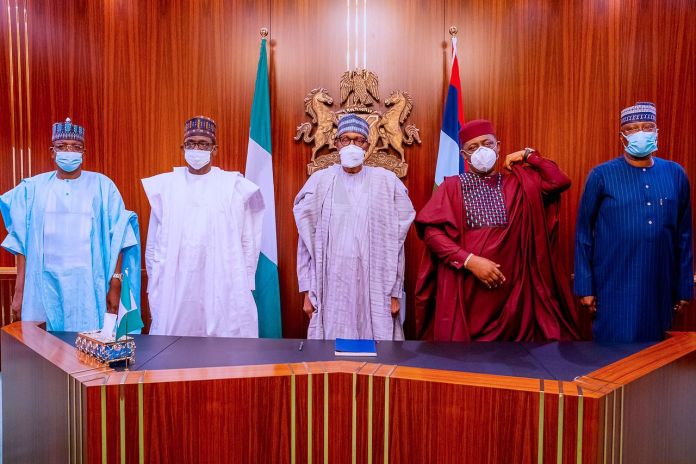 The title of this article was the exact question posed by a senior security official at an informal breakfast in August. It was at a time when speculations were rife that Chief Femi Fani-Kayode would defect to the All-Progressives Congress (APC) from the People’s Democratic Party (PDP).

I have always referred to Femi Fani-Kayode (FFK) as a *”Fire-for-Fire”* advocate, since February 2004 when I wrote a rejoinder to his unacceptable public outburst while he was Special Adviser on Public Affairs to the then President Olusegun Obasanjo. My rejoinder exposed the loophole in a statement Fani-Kayode had issued against Colonel Dangiwa Umar, a former military administrator of Kaduna State, and General Ibrahim Badamasi Babangida (IBB), over an issue they had with Obasanjo.

In the article, which was widely published in national dailies and titled, *“PR Analysis of Fani-Kayode’s Rejoinder on Dangiwa Umar,”*  ( Read the original article of 2004 here  https://yashuaib.com/2004/02/pr-analysis-of-fani-kayodes-rejoinder-on-dangiwa-umar/), I had criticised him for using high-sounding, derogatory expressions, such as  _‘pathological liar’, ‘treachery’, ‘ingratitude’, ‘destructive fake’, ‘suffer a form of delusion of grandeur and ‘misguided sense of self-importance,_ among others, against the subjects of his diatribe.

While appealing to ethics and utilising the tools of PR to counter his approach, I offered crucial advice to Fani-Kayode. I insisted that a successful publicist is not judged by the power of his/her oratory, expensive regalia and appearance with bodyguards, but by the ability to analyse issues critically, and not in a manner that’s so vitriolic and disagreeable – even when pushing an issue he or she is so passionate about. I added that amiability, humility and openness to criticisms, are not weaknesses but attributes of a good communicator who equally has a clear mission.

With his combative postures and bombastic public engagements, Fani-Kayode has continued to remain relevant, meeting the right people at the right time, and making the right connections for the right appointments.

Born on October 16, 1960, and named David Oluwafemi Abdulateef Fani-Kayode, he had most of his schooling in Britain. After serving as Chief Press Secretary to the first national chairman of the National Republican Convention (NRC), Chief Tom Ikimi in 1990, he was appointed Special Assistant to Alhaji Umaru Shinkafi, a former head of the Nigerian Security Organisation (NSO).
Thereafter, President Olusegun Obasanjo appointed him as his Special Assistant on Public Affairs in 2003, before he was elevated to the post of Minister of Culture and Tourism, and later as the Minister of Aviation in 2006.

FFK was a member of the PDP until 2013 when he defected to the APC as a founding member. In that initial role, he constituted a continuous thorn in the side of the administration of President Goodluck Jonathan. However, he returned to the PDP in June 2014 to become the spokesperson for Jonathan’s re-election campaign till 2015.

When his party lost in the presidential election and was hounded by the newer administration, FFK refused to be intimidated. He constantly pushed back and railed against President Buhari, top APC members and the government, taking them to the cleaners for their various perceived unethical acts. His choice of words in tackling those in power was as mercilessly as it was venomous.

Meanwhile, in responding to the enquiry by the senior security source earlier mentioned, I pointed out that FFK had cordial relationships with the detained leaders of the Indigenous People of Biafra (IPOB), Nnamdi Kanu, and of the Yoruba Nation, Sunday Igboho. I equally emphasised that although the two men are the prominent faces of the secessionist agitation in Nigeria today, they yet have stronger sympathisers and supporters within and outside government.

In some of FFK’s engagements with the agitators, he seemed to affirm and encourage their divisive and inciting rhetoric, particularly in terms of the purported  _Fulanisation, Arewanization and Islamisation agenda_ of Northerners in Nigeria.

Therefore, I expressed doubt about the possibility of the acceptance of Fani-Kayode into APC by President Buhari and the party stalwarts. I nevertheless mentioned my strong belief that if FFK genuinely renounces his essentialist, if not bigoted, ethnic and religious outlook, he has the potential to add value to political and social stability, in a manner that enhances national security.

A few weeks after the breakfast talk, FFK did not only decamp to APC but was received through a red carpet reception at the Presidential Villa, Abuja, when the APC caretaker chairman, Governor Mala Buni of Yobe State, alongside Bello Matawalle of Zamfara State presented him to President Buhari.

The reception was also greeted with wild attacks across Nigeria’s political spectrum. Surprisingly, the majority of those condemning Fani-Kayode for decamping to APC now were the same ones commending him then when he was attacking the North, its leaders and the Buhari administration. Some of his attackers have been politicians, public commentators, and secessionist campaigners of the outlawed IPOB and Yoruba Nation groups.

The politics of decamping and defection in Nigeria is nothing new. Even though some observers pointed out that Fani-Kayode had abused, insulted, and disparaged everyone indiscriminately, this could be likewise said of other noteworthy politicians like Asiwaju Ahmed Tinubu and Mallam Nasir El-rufai at different occasions in the past, who had vented their rage against General Buhari in disturbingly unprintable language, before they also swallowed their vomit and set up a political company with him in the same party.

Yet, unlike others, the central question being considered by many is actually what value Fani-Kayode could add to the Buhari administration at this point, which made the red carpet to be rolled out to him as he jumped ship into the APC.

Speaking with journalists after his meeting with President Buhari, FFK said it was time for him to cross over to join hands with the Head of State in moving Nigeria forward. He added that Nigerians must remain united to salvage the country from the stranglehold of those bent on destroying its progress. He also advised Nigerians not to allow any person or group to divide them or enable the disintegration of the country.

As Fani-Kayode put it: “The point is that I felt it was time to do the right thing, to put Nigeria first. When the time is right, we change direction to join forces and join hands to move the country forward. Doing this doesn’t mean we are enemies to anybody. Even if we are in another party, the PDP or any other party or group, we can still work together across party, regional, ethnic or religious lines.”

Sounding quite reflective, he continued: “We must remain one as a nation, and build bridges, work together to move the country forward. The most important thing is for us to understand the fact that Nigeria must not disintegrate and those that want us to end up fighting one another in a war will be put to shame.”

My take on Fani-Kayode’s defection from the PDP to APC is not so much about the morality or otherwise of his carpet crossing, but the genuineness of his proclaimed political rebirth from being a highly divisive actor, who had championed an incendiary brand of politics anchored around ethnic and religious identification, to one promoting national unity, tolerance and peaceful coexistence.

To his credit, before his eventual defection to APC, he was noted to have worked closely with some key players in the APC, including Governor Yahaya Bello of Kogi, in resolving some ethnoreligious conflicts in some states of the country.

I can only sincerely hope his better angels take charge this time around, to enable the role of a real bridge-builder rallying together many aggrieved stakeholders of the Nigeria project to work towards the socio-economic and political stability of our nation, which he is eminently qualified to play if he is so sincerely inspired.

By the way, I learn that beyond being Yoruba and Pentecostal Christian, FFK has Muslim and Fulani roots, and hence major traces of the Nigerian diversity, which he ought to be deeply concerned about promoting our national unity in ensuring national security of the Federal Republic of Nigeria.

Yushau A. Shuaib is the author of  _*A Dozen Tips for Media Relations*_
www.YAShuaib.com, yashuaib@yahoo.com

ALARMING EXTENT TO WHICH YOUTH  INDISCIPLINE GROWS, BY PRUDENCE KARO