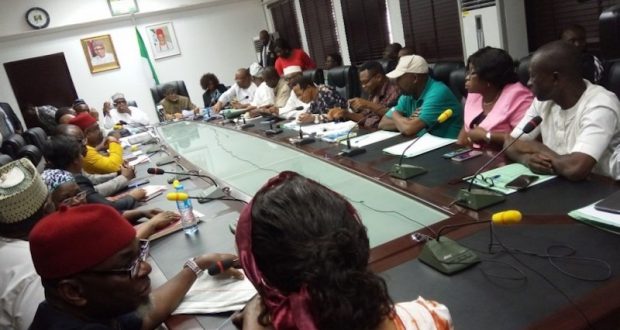 The federal government has agreed to pay university lecturers their earned academic allowance to the tune of N30 billion.

BIGPEN reports the offer which may prompt the Academic Staff Union of Universities (ASUU) calling off its prolonged strike, was part of the agreements reached during the ongoing meeting between the FG and ASUU leadership on Thursday.

Meetings between ASUU and the federal government delegations had always been characterized by deadlock,

The Minister of Labour and Employment, Chris Ngige, who spoke of the outcome of the meeting, said the money will be paid in instalments from May 2021 to January 2022.

Added to this, to put an end to the seven-month-long strike by the union, the government has agreed to release N20bn meant for the revitalisation of the education sector, a report in Daily Trust said.

However, ASUU insisted that the funds should be paid through the Government Integrated Financial Management Information System (GIFMIS) while the University Transparency Account System (UTAS) is still in the works despite the government’s insistence on the Integrated Payroll and Personnel Information System (IPPIS).

Meanwhile, the leadership of ASUU has directed its members to reject IPPIS officials allegedly coming to various university campuses on Monday, October 19, for biometric data capturing.

A letter by the union’s president, Biodum Ogunyemi, concerning the pay read:

“We have received information that IPPIS officials from the Office of the Accountant-General of the Federation will be visiting campuses as from Monday 19th October, 2020, for biometric data capture of academics.

“All ASUU members should have nothing to do with them. Fact-Check by ASUU with the figures from the OAGF has proven the claim that our members are trooping to enroll in the IPPIS in Abuja as false.

“The leadership of our great Union is fully aware of the hardship the non-payment of salaries by the Accountant-General and other forms of intimidation by over-zealous Vice-Chancellors have unleashed on our membership and we are leaving no stone unturned to redress the situation.”

Earlier, the federal government denied speculations that it had replaced the IPPIS platform with UTAS.

ASUU came up with the UTAS platform in a protest against the federal government’s IPPIS.