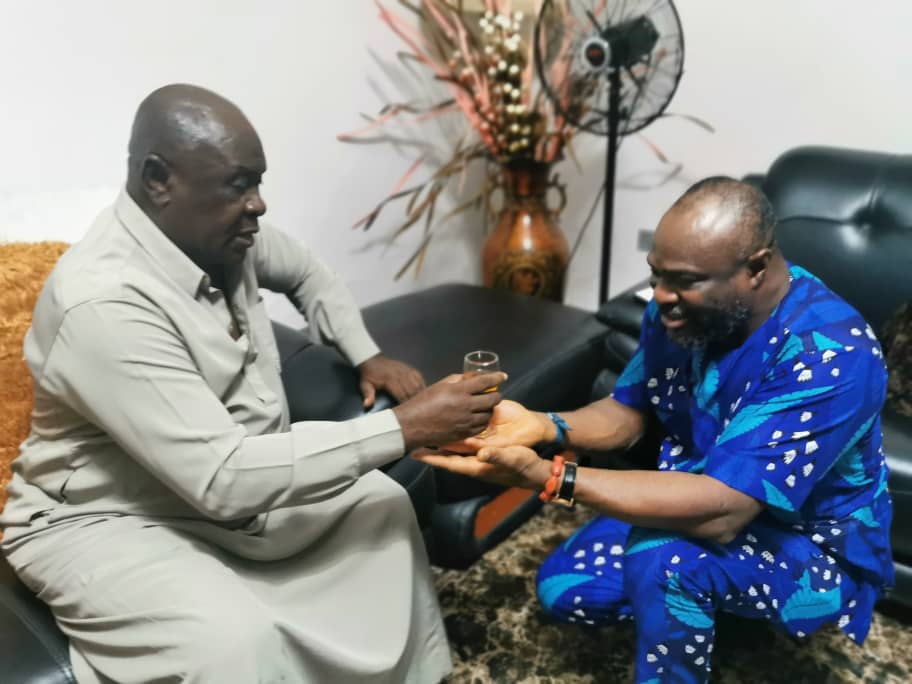 Kpokpogri said Joel-Onowakpo’s time has come to take over the mantle from incumbent Senator James Manager at the Red Chamber of the National Assembly and as such deserves all the support he can get to clinch the senatorial seat.

In a consultative visit to the abode of retired naval officer in Warri to seek his fatherly support, the host stated that APC senatorial candidate for Delta South represents the Isoko’s project that is devoid of partisanship, adding that he will commit everything necessary to ensure the ‘Isoko First’ mantra comes to fruition.

While he addressed Joel-Onowakpo as the incoming senator representing Delta south senatorial district, the retired naval officer who hails from Ikpide-Irri and a chieftain of the PDP in Delta state stressed that the set time for ex-chairman, Delta Board of Internal Revenue (DBIR) has come.

According to him, the APC senatorial candidate possesses all that it takes to produce a brilliant senator, stressing that it will be a misnomer on his part to abandon his son, who is eminently qualified, to support another.

“This is an Isoko project, I will do all my best to make this dream a reality,” Kpokpogri assured. “It will be ethically wrong to abandon my most qualified son for another,” he added.

However, this development is coming a few days after the media became awash with reports of endorsement of the frontline candidate by the Delta state’s foremost leader and ex-governor of the state, Chief James Onanefe Ibori in his Oghara country home in Ethiope West local government area of Delta State.

Earlier, Hon. Joel-Onowakpo had told his host that he had come to solicit his fatherly blessing and support towards his ambition to represent the good people of Delta South Senatorial District. He pleaded with the elder statesman to use is impeccable disposition and wide contact to mobilize support for him.