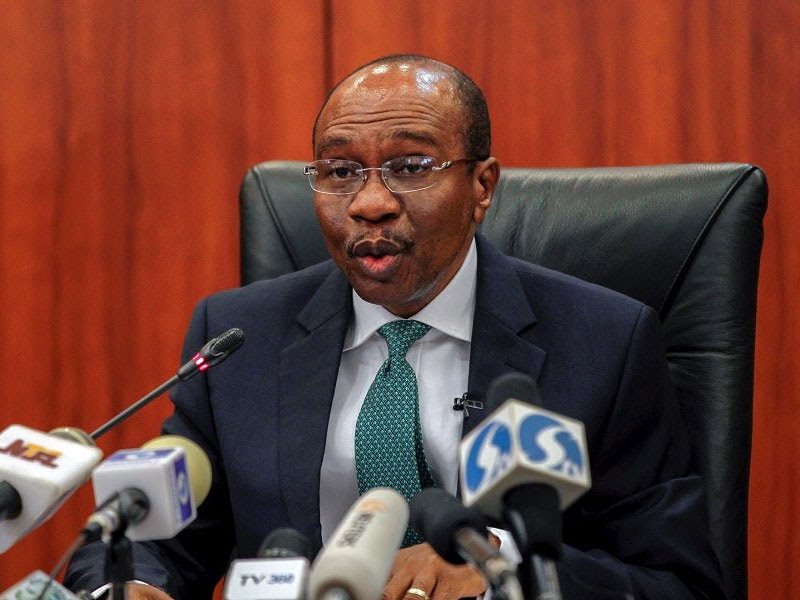 The latest move, it was gathered is not unconnected with the loyalists desire to gain total control of the nation’s financial sector ahead of the general elections. This move, Pointblanknews.com recalls, had already been set in motion earlier in May but the plan was botched when it entered the public domain.

Competent Sources in the House of Representatives further reveal that Speaker Femi Gbajabiamila, a known ally and supporter of the former Lagos governor, Asiwaju Bola Tinubu, has not hidden his dislike for the CBN governor .

There has also been no love lost between the APC leader and the party’s presidential candidate Bola Tinubu with the apex bank head since his rumoured bid for the highest office of the nation.

However,  in a renewed move via a motion in the order paper of Wednesday 15th June 2022 as exclusively obtained by Pointblanknews.com, the loyalists had sought the CBN governor’s removal on the grounds of the mounting debt profile of the nation within 6 years.

They also urged President Muhammadu Buhari to immediately dismiss Mr. Emefiele while also urging the Attorney General And Minister of Justice, Abubakar Malami to commence processes that will lead to the CBN governor’s prosecution.

“The House: Notes that Sections 88 (1) and (2) of the Constitution of the Federal Republic of Nigeria, 1999 (as amended) empowers the National Assembly to conduct investigations into the activities of any authority executing or administering laws made by the National Assembly;

“Aware that Section 38 of the Central Bank of Nigeria Act, 2007 permits it to grant loan advances to the Federal Government in respect of temporary deficiency of budget revenue as the total amount of such loans does not exceed five percent of the previous year’s actual revenue of government;

“Also aware that the said Section 38 of the CBN Act provides that loans shall be repaid by the Federal Government the same financial year it was granted, if the government fails to repay the loan as stipulated, the powers of the Central Bank of Nigeria to grant further loans to the Federal Government shall not be exercised;

“Also Informed that the said borrowings of the Federal Government from the Central Bank of Nigeria (CBN) through ways and means advances in the past six years has ballooned to a total of 15.51 trillion naira, going by the Debt Management Office Report as of March 2021;

“also urge the Attorney General of the Federation and Minister of Justice to immediately prosecute Mr. Godwin Emefiele for violating the provisions of the Central Bank of Nigeria Act, 2007;

“mandate the Committee on Banking and Currency to ensure compliance and report back within four (4) weeks for further legislative action.”