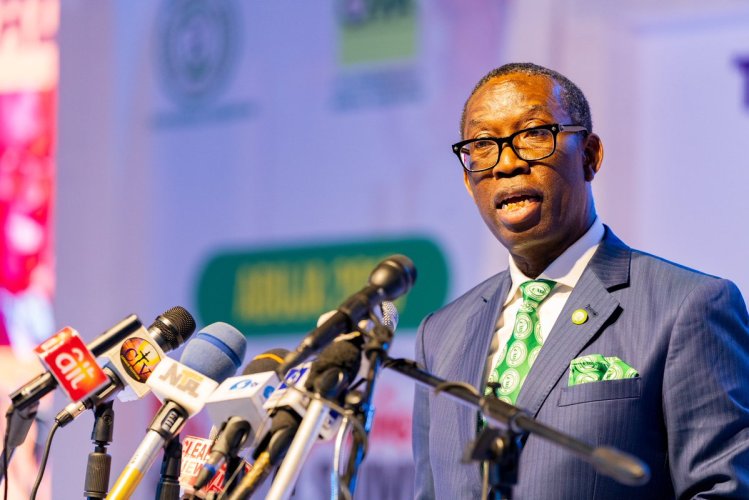 Some appointed members of Governor Ifeanyi Okowa’s led State Executive Council, have made up their mind to join the race to contest for elective positions in the 2023 general election.

BIGPENNGR reports that the Exco comprises of State Deputy Governor, state commissioners, Secretary to the state Government, Head of Service, key special advisers including the Chief of staff to the governor.

The state Deputy Governor, Kingsley Burutu Otuaro (eqs) who has since indicated interest to succeed Governor Okowa, is expected not to leave the Exco following provisions of the newly signed Electoral Act. Otuaro has already purchased the PDP expression of interest form and Nominations forms for the governorship election.

BIGPENNGR reports that the Speaker of the Delta State House of Assembly, Rt. Hon. Sheriff Oborevwori and former Minister for state Education, Olorogun Kenneth Gbagi were the early ‘political birds’ that have purchased the PDP expression of Interest and Nominations forms for the 2023 gubernatorial contest.

The Chief of Staff to the governor, Chief Ovie Agas (eqs) who is also believe to be eying the governorship seat though has not publicly declare interest, is expected to resign in the coming days.

State commissioner for Information, Mr. Charles Aniagwu, speaking on the development, said ‘some members of Exco’ were leaving the cabinet to pursue their 2023 aspirations and wished them well in their future endeavours.

“Today’s Exco may be the last session for members of exco who have indicated interest to contest in the 2023 general elections.

“It is their desire to go and contest and we wish them well even as the governor has advised all contestants involved in the contest to avoid heating up the polity.

“At the moment, Delta is a very peaceful state and we want it to remain so even in the course of the electioneering campaign and as such all contestants have been advised to maintain a high level of decorum.

“They should use words recognising the fact that we are all brothers whether in the party at the level of primaries or at the level of the main contest with any other opposition party.

“What is important is that we are all Deltans and those aspiring to lead must show leadership by using languages that are in line with what those who are to be called leaders use.

“So if you don’t see some members of Exco in the next meeting do know that they have complied with the provision of the Electoral Act of 2022 as passed by the National Assembly.” Aniagwu stated.