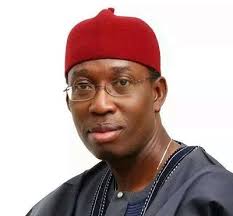 Leadership of the Nigeria Union of Journalists (NUJ), National Union of Printing, Publishing and Paper Products Workers (NUPPPPROW), have appealed to Delta State Governor, Senator Ifeanyi Okowa to appoint a substantive General Manager within the cadre of the state owned newspaper, The Pointer.

The unions in a joint resolution, urged Governor Okowa to appoint the new GM of the Delta Printing and Publishing Company Limited (DPPCL), publishers of The Pointer Newspaper from the retinue of eminently qualified members of staff of the establishment.

This was contained in a press release issued at the end of an emergency Joint Congress of the two unions held at the newsroom of DPPCL and obtained by BigPen Online on Wednesday.

The meeting was presided over by the State Chairman of the NUJ, Comrade Michael Ikeogwu.

“We wish to passionately appeal that the position of a General Manager for DPPCL should not be advertised but be filled by appointment as it is done in other MDAs in the state. We are of the view that His Excellency as a listening Leader and father to all, be considerate in making a choice on who succeed the outgoing General Manager as we have stated in series of letters sent to Commissioner for Information, Mr. Patrick Ukah.

“To deny us the opportunity of having a General Manager appointed from among us would amount to triple tragedy as we can neither become Permanent Secretary nor Head of Service in our career progression,” members of the Joint Unions added in the release.

BigPen Online reports that the appeal for the appointment of substantive GM from DPPCL is coming following the impending retirement of the incumbent General Manager of the company, Mr. Bosah Iwobi.

The release further stated that the new management structure for DPPCL, Asaba, as approved by the Delta State Executive Council, No BC 12 (2007) 13 of 17th May, 2007, gave the approval that the General Manager of the organization will be by promotion of a suitably qualified Assistant General Manager, pointing out that it was their hope that this order of SEC be applied in the current situation.

Also, the meeting resolved that it was an incontrovertible and universally acclaimed fact that competence and performance were the critical twin factors that drive and sustain seamless operational mechanism of reputable media organisations anywhere in the world.

They, therefore, reiterated their appeal that the Governor should use his good offices to appoint any of the suitably qualified officers to the position of a substantive General Manager of DPPCL in line with civil service rules without making it a public recruitment exercise “as we are deeply convinced that there are many capable hands within the system that can add more value to The Pointer in terms of improved and sustained editorial content and managerial efficiency.”

While saying that the appointment of a substantive General Manager from within The Pointer staff would stimulate career growth and efficiency vis-à-vis workers index of productivity, they disclosed that there was no in-house fighting among members of staff as being rumoured by enemies of the organization, adding that they are working as members of one indivisible family.