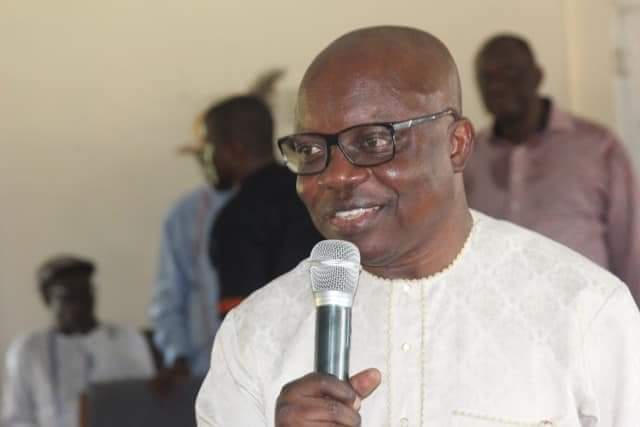 Immediate Past Governor of Delta State, Dr. Emmanuel Uduaghan and Delta South Senatorial hopeful, on Saturday says he was responsible for the failures of the All Progressives Congress (APC) in Delta State as a sitting governor but he has now joined the party to put an end to the era of “barrenness” in the party.

Uduaghan, who spoke during his meeting with APC leaders from the three Warri Local Government Area of Delta State, however urged party members to unite so as to make the party great by kicking out the Peoples Democratic Party (PDP) led government in the state.

The former governor, whose defection to the APC has risen the party chances of defeating Governor Ifeanyi Okowa in the 2019 general elections, added that the crisis rocking the party was almost resolved.

Speaking in Koko, the administrative headquarters of Warri North to consult party leaders and members drawn from Warri South, Warri South-West and Warri North ahead of the APC senatorial primary billed for next week, Uduaghan said people of the zone must send their best hands to represent them at the National Assembly.

According to a statement issued by the Media Assistant to the Delta State APC leader, Mr Monoyo Edon, Dr. Uduaghan said the APC he joined is the APC that would be winning elections henceforth in the state.

Uduaghan, who was accompanied on the visit by APC chairmen in the three Warri LGAs (and other party chieftains from Isoko and Ijaw) revealed that his ‘John the Baptist’ role include weeding his home LGA, (Warri North) of external influence causing friction in the party.

He said, “The APC that I have joined is the one that will win election in 2019. But first, for us to win election, we must be united and that is one of my major assignment upon moving to the progressives fold. I can’t be a John the Baptist if I can’t organise my house.

“I find it embarrassing that someone from another senatorial District would be sponsoring a faction in my LGA. That has stopped today. There is only one APC and so it would be across the state.”

He alluded that he was one of the major factors APC in the three Warri LGAs and the state at large had not been able to win as low as a councilorship position in previous elections.

Uduaghan, who however promised to turn the tide around in APC’s favour in 2019, added, ” I have come with the winning streak. We shall defeat PDP in 2019 in Delta State.

“When I was on the other side, I clipped the wings of the APC. But today, I am here to reposition APC to takeover power from the failing PDP come 2019.”

While pleading with delegates to vote for him in the coming Senatorial Primary, he promised to make good their mandate when he gets to the Red Chamber through their support.

According to him, “This is the time to send someone who has capacity and influence in governance to represent our blessed District. I will focus on laws that will involve our communities in the security architecture of our region, legalization of local refineries otherwise referred to as illegal refineries, five percentage community ownership in companies and environmental laws that will protect our environment from pollution arising from the destruction of “Cotonou boats” carrying confiscated crude. Give me your support and I will not let you down”.

Let Nobody Deceive You, Nigeria Is Dying Under APC Government, Says Wike