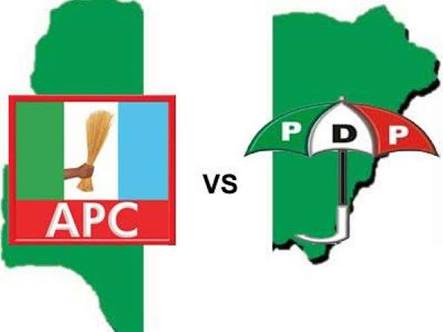 Palpable anxiety have enveloped Delta State political space particularly the camp of the All Progressive Congress (APC) over who to pick as governorship candidate of the party in the forthcoming governorship election.

BigPen Online learnt that there is also unease calm among party faithfuls of the ruling party, Peoples Democratic Party (PDP) who are set to affirm the incumbent Governor, Dr Ifeanyi Okowa as candidate of the party.

The opposition party, APC would elect their governorship candidate in a contention arrangement that had been questioned while the running PDP would merely carry out an affirmation vote for Okowa in the governorship primaries holding in Asaba, the state capital.

Political analyst says the PDP government in the state is waiting for the surprise that APC would string in the primaries today, a development, they said would determine the fate of the party in the next year general elections.

Among the trio of Ogboru, Utomi, Ochei and Ojougboh, one may emerged as the candidate of the opposition party to slug it out with Governor Okowa who have been mobilising his grassroots support base through the local government chairmen controlled by the PDP.

Some school of thought in the state maintained that “Ogboru is the only aspirant who can match Okowa’s grassroots mobilisation”, as politics according to them is locally driven.

But another political watcher says “Ochei towering profile is all the APC need to unseat Okowa” who, as a sitting governor has all the state machinery to clip the wings of his opponent in the race.

There is however much anxiety whether the ticket would fall on the shoulder of Ogboru, who is said to be holding the highest record of governorship elections’ contest and disputation in Nigeria.

But other political watchers say the business tycoon who had contested many time with PDP gladiators failed in all elections ostensibly because he has the grassroots mobilisation streak but lack the ‘stakeholders’ support that would enable him carry the day.

Sources maintained that the best is to pick an aspirant from Delta North, and collapse the Ogboru’s cult-like party structure into that of a Delta North aspirant, but the analyst says the reverse should be the case as according to them, it is only through “Ogboru massive force that APC can take over Delta State”.

But at a recent rally held in Ughelli, Okowa was said to have taken a swipe at those with the intention of contesting the governorship election of the state with him come 2019, insisting that none of them has the capability or experience to match him in the race.

“We do not talk too much, ours is to work and the people are seeing that. Otherwise, if they present any of them who want to run for governor of Delta State, they know they can’t, because they do not have the experience and those who are supposed to have the experience, have many issues and still can’t match me knowing, I know Delta State more”, Okowa was quoted to have said.

BigPen Online can report that Deltans are anxiously waiting to see who would emerge in the opposition party, APC since Okowa’s PDP has no opponent in the governorship primaries.