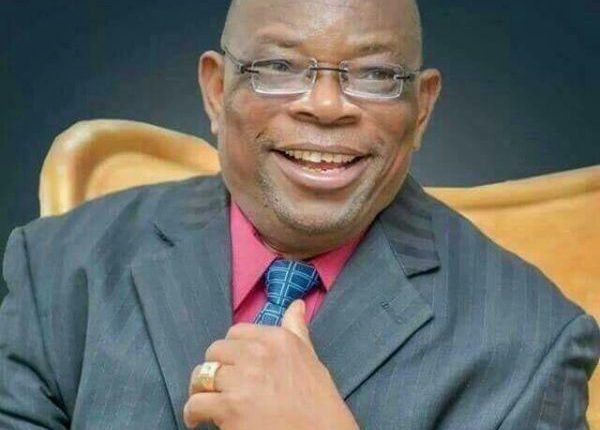 Amori told News Agency of Nigeria in Abuja, in a report sourced from EagleOnline that the APC had no structure in Delta State to win any election, adding, however, that it was entitled to such ambition, “but it will remain a dream”.

He said there was no reason why the people of Delta State would vote out the PDP for the APC, pointing out that the PDP had continually delivered democracy dividends to people of the state.

He said: “This is a tactical time where people can say all sort of things and have a lot of false expectations.

“So, APC is entitled to its own dream, but how to actualise that dream is another matter. I know that APC’s dream targeted at Delta is just impossible.

“PDP is well rooted in the state and it has been so since 1999. The good work started by the former governor of the state, James Ibori, is being continued by the incumbent, Dr. Ifeanyi Okowa.

“So, I don’t see any reason why voters in Delta will abandon PDP that is so close to them to a party yet to find its feet in the state, and even at the federal level.

“The structure of APC in Delta is so weak and we are not even thinking about them as people who have the capacity to wrest power from PDP in the state.

“So, it is a non-issue; it is a dream. You know you don’t have control over your dream, you just sleep and dream. Taking over Delta is impossible. APC can never take over Delta from PDP.”

Amori described Okowa as a prudent manager, who was working well with limited resources available to develop the state.

He said: “The governor is doing well and Deltans know that. We do not expect him to perform magic beyond the resources available to him, but one good thing about him is that he is a very prudent governor.

“He has been able to manage the resources available to the state for the benefit of the people. There is nothing today in the state that is not working.”

Amori said development projects in all sectors in the state were hallmark of Okowa’s administration, adding that the governor had completed many projects, including those he inherited from previous administration.

The inherited projects, which the governor has completed or are ongoing, according to him, include the massive drainage in Asaba, Stephen Keshi Stadium, Central Hospital in Asaba, Asaba Airport and dualisation of major roads across the state.

Amori said: “Hospitals are functioning in the state. You cannot hear of doctors or nurses in the state being on strike. The hospitals that were facing challenges before now are being revived.

“The man recently went round the local government area for town hall meeting where he asked everybody if there is anything agitating their minds and the outcome has remained positive.”

Amori added the governor did not concentrate on projects in one senatorial district or section of the state, explaining that they were spread across the state, down to the communities.