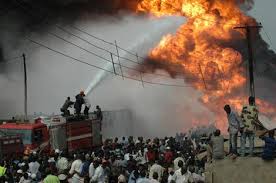 A bomb blast has been reported at the country of President General of Ohanaeze Ndigbo, Chief Nnia John Nwodo, at Ukehe in Enugu State.

Daily Sun, quoted a source as saying that an Improvised Explosive Device was thrown into Nwodo’s house by unknown persons from outside his compound.

The explosion was said to have destroyed part of Nwodo’s building, shattering windows and ceiling of his house.