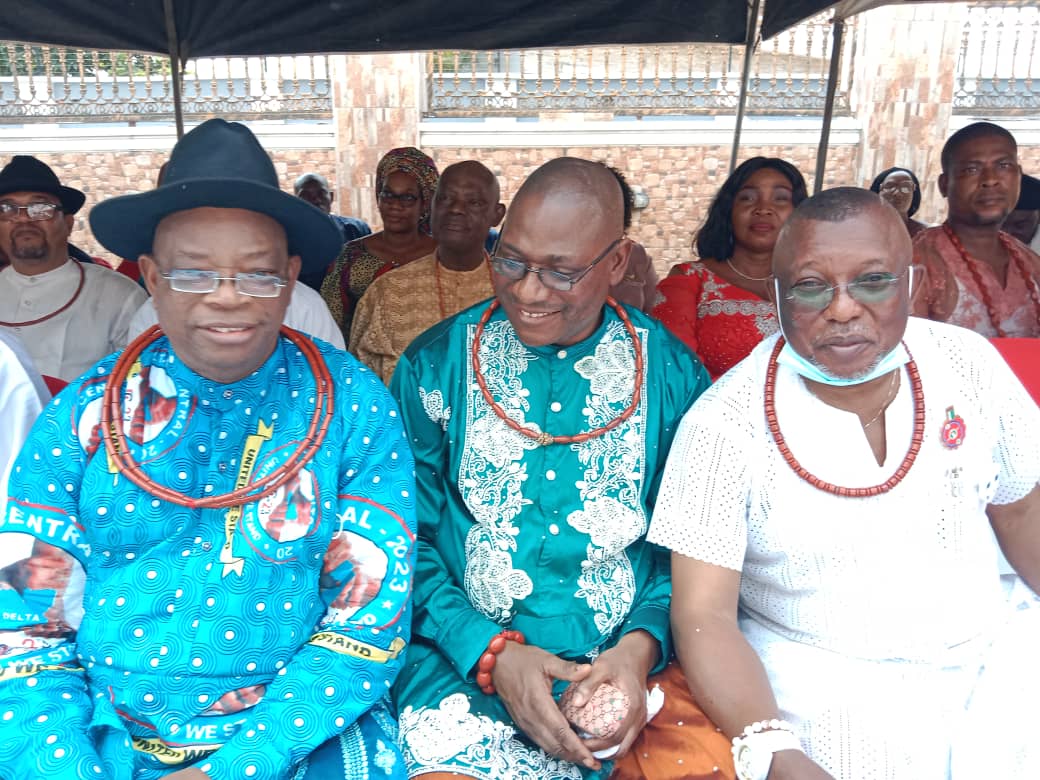 The National Chairman of Delta Central 2023 governorship lobby group (DC-23), Senator, Chief Ighoyota Amori, has said that only zoning on senatorial district order that will give the Peoples Democratic Party (PDP) victory comes 2023.

BIGPENNGR reports that Amori spoke on Saturday when he led a high-powered delegations to meet leaders and stakeholders of Ndokwa West Local Government Area of Delta State.

He said that the political school of thoughts in some quarters that since the governorship had gone round the three senatorial districts, that it should be done as ‘osusu’ that can start from any district, was not tenable.

“The claim by some persons that the governorship seat, since it had gone round the three senatorial districts, that it should be done as ‘osusu’ that can start from any district, and that they are canvassing for senatorial district and not ethnic is not right.

“My question is, if not an ethnic agenda, why is it that the Itsekiris and Isokos of Delta South Senatorial District are not in their lobby team, like ours that you have leaders of the eight local government areas in the team,” he wondered.

He said that the body was a lobby group made up of card carrying members of the PDP in the Delta Central Senatorial District to lobby support for the governorship seat for the district in 2023.

He noted that the DC-23 was not different from the G-3 of the Delta South Senatorial District that was formed to drive the process of election of immediate past governor of the state, Dr. Emmanuel Uduaghan, and the Anioma Agenda that was formed in 2014 to propel the process of election of the current governor of the state, Senator (Dr.) Ifeanyi Okowa.

According to him, “those who want to contest against the aspirants of Delta Central Senatorial district have their argument for the governorship seat, likewise us, but we can’t talk of zoning on ethnic lines because the state is made up of various ethnic groups like Urhobo, Ijaw, Itsekiri, Isoko, Ika, Ndokwa, Oshimili, Aniocha and few others; hence, the appeal from us to maintain the zoning arrangement on the basis of  senatorial districts in the state.”, he added.

He said that PDP winning streak since 1999 had been based on the zoning order that was established, maintaining that if the party continue the zoning order based on senatorial District, no political party would be able to break the order.

He pointed out that the DC-23 was not lobbying or campaigning for any particular aspirant, but to ensure that the governorship seat moved to the Delta Central Senatorial District in 2023 on the platform of the existing zoning for the seat in the state.

He appealed to the leaders and stakeholders of Ndokwa West Local Government Area to support the DC-23 push for zoning arrangement on senatorial districts to enhance the chances of the PDP continuing in the governance of the state beyond 2023.

Earlier, leaders and stakeholders of Ndokwa West Local Government Area of Delta State, stated that they would not oppose the consensus candidate of the DC-23, but advised the lobby group to do a thorough job in their choice of who to be elected the governor of the state in 2023.

Senator Patrick Osakwe, who spoke on behalf of the people of Ndokwa West Local Government Area when the Delta Central 2023 lobby group paid a consultative visit to them at Asaba, said that the governorship battle was within the Delta Central, advising them not to deceive themselves, but should tell each other the truth, and when they do that, victory was sure.

He noted that DC-23 was doing very well, saying that “you are coordinating properly by bringing your people together. Even some of the people who want to be the governor are here going round and at the end of the day, you people should come up with the name you want us to work for. We are not going to work against your choice.”

“Ndokwa West are very discipline people, we will go with your choice, that is why you should do a very thorough job in making your choice. We want a state that is stable, we are looking forward to what will come out from DC-23. Ndokwa West is not going to oppose your choice”, he added.