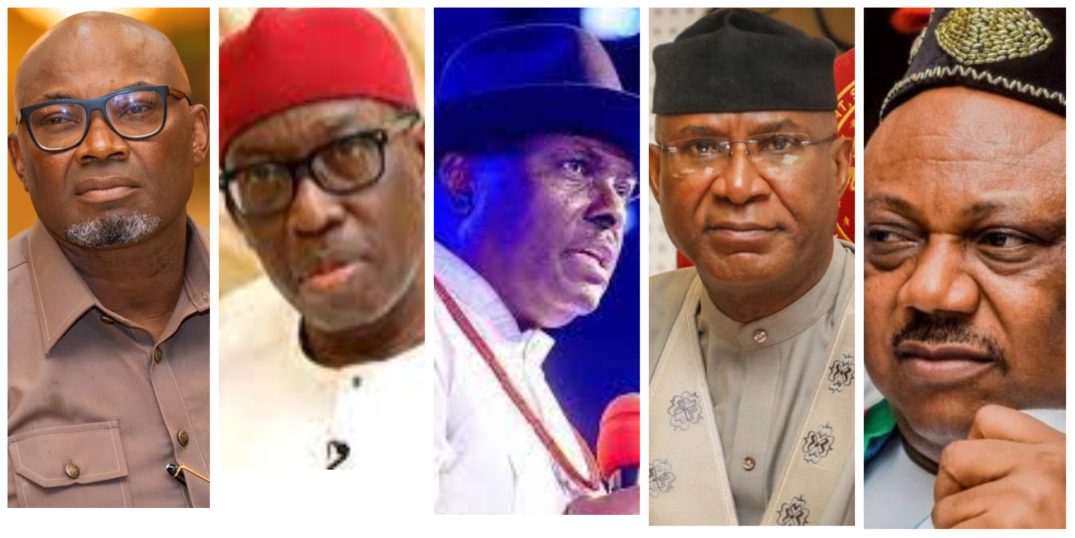 Details have emerged about how the anti-graft agency got sensitive documents that led to the arrest and eventual incarceration of former governor James Ibori of Delta State.

Dr. Kingsley Emu, a former commissioner for economic planning in Delta state, reportedly made the startling revelation in an opinion piece distributed to the media on Monday night, according to www.bigpenngr.com.

Emu pointed out in the article that Omo-Agege, who had accused Governor Ifeanyi Okowa of betraying the South, was the true “Judas Iscariot,” who backstabbed his benefactor and forced him to go to prison.

Omo-Agege was appointed as an executive assistant by former Delta State governor James Ibori in 2003, a position he held for two years. Later, the governor appointed him to serve as a commissioner for special duties.

In 2007, the former governor James Ibori appointed him to the position of Secretary to the State Government (SSG) of Delta State.

“Should Agege call somebody a Judas? Agege who betrayed the whole of Southern Nigeria by working and voting for the candidacy of Alhaji Lawan, the Senate President, at APC’s Presidential Convention?

In addition, he described how Omo-Agege allegedly turned on Chief Great Ovedje Ogboru, who was his greatest political benefactor in the 2019 governorship race, after riding on his back to power.

He also attacked Omo-Agege for allegedly betraying the Urhobo nation in 2007 when the ethnic group was plotting to continue holding power after Ibori’s administration.

“Agege, who betrayed his Urhobo people in 2007 when they chose to vote for Ogboru?

“Agege, who betrayed his Orogun people by extorting project contractors and chasing them away?

“Agege, who stalled the execution of forty-eight projects in Orogun? Haba, those who live in glass houses shouldn’t throw stones.

In a similar vein, Emu criticised Ahmed Bola Tinubu, the APC’s presidential candidate, and Comrade Adams Oshiomhole, the party’s former national chairman, for their outbursts against Okowa at the party’s rally in Warri last weekend.

“Tinubu making reference to Lagos as an example of development is laughable. The humongous amount of money available to Lagos annually would transform the whole of Nigeria if well managed. And Tinubu should tell the world how much of Lagos money he collects monthly as the godfather.

“Tinubu’s Lagos is home to squalor and over 17 million of the city’s 20 million people live in grinding poverty without potable water to drink. Tinubu’s Lagos is a frustrating city without roads befitting its size and revenue accruing to it. So, who is Tinubu deceiving?

On the former Edo state governor, he wrote; “Oshiomhole, faded and down, saw the Warri rally as an opportunity to talk, but he did so without thinking as usual. He compared Rivers State with Delta State pointing at infrastructure. Oshiomhole in his thoughtless ignorance didn’t know that Delta State is a multi-ethnic State with the highest number of urban centers in Nigeria.

He pointed out that when Tinubu said that “Delta State was not an ATM for migratory politicians,” he unknowingly hit Omo-Agege hard because, in his opinion, he is the most migratory of Delta State politicians.

“From PDP to AC to RPN to ACN to PDP to Labour Party to APC, no other Deltan has this unenviable history of political prostitution,”  he said.

“Having made so much noise abusing Dr. Ifeanyi Okowa, the governor of Delta State, and making so much hype about his own political prowess, Omo-Agege was now confronted with the reality of failure,” wrote Emu in the article in which he taunted Omo-Agege about the structure-less state of the APC under which he seeks to govern the state.

He claimed that the APC rally in Warri was a complete failure, despite the fact that Omo-Agege had to implore some APC leaders to persuade Tinubu to attend the event, for which he had spent a lot of time and money mobilising people outside Delta state to shore up his support base.

“Senator Ovie Omo-Agege was not even sure if the party’s presidential candidate, Bola Ahmed Tinubu, was going to attend. The governorship candidate, Senator Omo-Agege was also not sure. He painfully remembered how a few weeks ago, he and others waited endlessly for Tinubu who never showed up to their embarrassment.

“He called and begged other party leaders nationwide for them to prevail on Tinubu to attend the Warri rally. His other headache was how to get Deltans to attend the rally. Information reaching him indicated that the people were not keen on attending the rally.

“He panicked, and in desperation, it was agreed that people should be heavily induced financially for them to attend.” That was why Omo-Agege and his followers had to dole out money to ensure that people were mobilized beyond Delta State in order to give the impression of a well attended rally.

“Buses and huge amounts of money were sent to every ward in Delta State. They sent words, buses, and money to neighbouring states in order for them to hold a rally with the false impression of a big event,”  Emu wrote.

Warri North LGA Boss: “I Was Not Attacked, I Didn’t Embezzle Any Fund”

Okowa’s Aide Fires Back: “Omo-Agege’s Name Has Gone Down In History As A Desperate Power Monger, A Political Bandit”