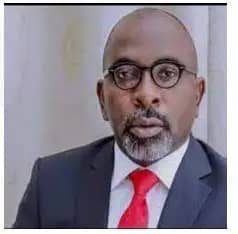 The chairman of the Warri North Local Government Council, Hon. Smart Yomi Asekutu, has refuted a media account that claimed he was assaulted by some councillors for alleged financial irresponsibility.

Asekutu referred to the report as untrue and malicious, asserting that he had not been attacked or physically assaulted by anyone or any group of people at his private residence in Sapele.

He also refuted the claims that he embezzled Council funds intended for projects that were made in that report.

According to a report that appeared in Niger Delta Today on November 20 and that cited some unnamed sources, 15 members of the Council’s legislative arm (councillors) broke into the chairman’s private home in Sapele and assaulted him over claims that council funds had been misappropriated.

The aforementioned Councillors allegedly accused the Chairman of misusing N140 million in SURE-P funding as well as N25 million intended for the purchase of a waste disposal truck.

However, in response to the accusations, Hon. Asekutu denounced the claim that he was physically assaulted by 15 Councillors. He claims that on Sunday morning, a few councillors showed up at his home to demand payment of ongoing constituency project funds that the state government had authorised through ALGON to each council member of the 25 local government councils in the state.

He clarified that the State government had approved N2 million for each Councillor to use toward a variety of public projects, including installing public restrooms, drilling water boreholes, and furnishing town halls with chairs and tables, among other things.

Asekutu claimed that because the money was already budgeted for, he decided to start the implementation while he waited for the State to release the funds.

He explained that he began dispersing the funds piecemeal and that the Council gave to two council members each month. As of October, he said, 10 council members had received their funds, with the remaining 10 still waiting to do so.

The Council Chairman continued by saying that he even went out of his way to increase the N2 million approved by N1 million, making it N3 million per Councillor, in order to give them the ability to perform standard duties.

When the funds were eventually released by the State government, he claimed that those who had already received their share of N3 million were now asking for another N2 million, while the other ten Councillors who had not yet received anything were now asking for N5 million each.

The chairman claimed that the legislative arm’s leadership and other key officials were satisfied and left. He also expressed surprise that on Sunday morning, as he was getting ready for church, another group of councillors showed up at his house and threatened to start an impeachment process against him if he didn’t pay them N5 million by Monday.

According to him, he informed them that they could leave if they were unhappy with his or their leaders’ explanations and wanted to proceed with their plan.

Asekutu noted that there was no physical fisticuff neither was he touched nor beaten as mischievously reported in the online platform.

“The Crux of the matter was that it was resolved that some Constituency projects were approved to given to the Councillors to do and this was approved by the State and through ALGON, it was communicated to us.  The amount involved was N2 million.

“At the time of the approval, the money was not released yet.  And knowing that the money will eventually come and the Constituency projects were in the budget, I decided to take it bit by bit.  And every month, I approve and release funds for two Councillors, from the Council treasury pending when the State government will release the fund.

“Every month, we approve the fund for two Councillors and we release it to them from our Council treasury. And I told them that I’m doing this ahead of the release of the money from the state government and that when the money comes, we will replace the money we took from the Council and use it to do other developmental projects. And they agreed.

“Now, from the Council fund, we added another N1 million, making the amount to be N3 million and they also amended their bills to carry all of that. By the grace of God, we have covered 10 Councillors.  And now when the money came from the State government, they are now demanding I should give it to them. But I said no. I have already given them N3 million to ten Councillors and I will give to the remaining ten. I cannot add another two million to all the 20 Councillors to make it N5 million each. This is the bone of contention.

“On Friday, the leader of the house and some principal officers came to me and I explained all these things to them and they said, ok, they would go and talk to their colleagues.  But it was like their colleagues were not satisfied with their report and they came to me on Sunday morning when I was preparing to go to church.

“I told them that I have spoken to their leader but if he has not briefed you enough, give me time to go to church and when I come back, we can meet. After some careless talks, they left.  And when they came back, I told them I don’t know how I would give them additional N2 million after I had given them N3 million for the same assignment. I said it was not possible. One Kanu now stood up to say that they gave me up to the close of work today and if I fail to give them their cheques for N2 million each, they would commence the process of impeachment against me and send it to the State House of Assembly.

“And I said ok, since you have decided on what to do, you can go ahead. And I left them. Nobody touched me. They too left only to go and gave a malicious report that they beat me up. I don’t know what they want to achieve with that”, he said.

On the allegation of diversion of N141 million for SURE-P Projects, the chairman said: “This is where their ignorance and inexperience can take them to.  The money, N141 million actually, came to each of the Local Government Councils.  And this money which has just come, is tied to specific projects.  And when they came to me, they also requested I should share to them from the SURE-P money.

“I’m not a signatory to the Council account. There is no way I can even access the money without the authority of the Council.  So, there was nothing like I had embezzled Council money”, he said.

While reacting to the allegation of diverting the sum of N25 million meant for the purchase of a waste disposal truck, Asekutu explained that there was a State government instruction for riverine local government councils to use the money to clear water hycinth from waterways and clear blocked drains. He stated that Warri North, Warri South West, Burutu and Bomadi were exempted from buying a waste disposal truck.

“So, disregard those reports that they beat me up. It’s all greed and envy”, he said.

The State Chairman of the Association of Local Government of Nigeria, ALGON, Barr. Victor Ebonka, responded to a query from our correspondent about all the problems affecting all the Local Government Councils in the State by describing the Councillors’ attitude as impolite and asserting that all the accusations levelled against the Local Government chairman were unfounded and straight from the pit of hell.

Ebonka corroborated the chairman’s explanation that he commenced gradual disbursement of the Constituency projects to his Councillors before the money was released from that State, confirming also that the Council chairman used his discretion to increase the amount from N2 million per Councillor to N3 million.

The head of ALGON refuted the claim that the SURE-P Projects fund had been misappropriated and added that it was impossible for the chairman to have misappropriated the N141 million that had just arrived a few days earlier.

He pointed out that the allegation of the fund’s diversion was yet another lie by the Councillors and clarified that the funds were tied to various projects that the Council had already identified.

He said: “I’m the chairman of ALGON in Delta State, that is, the chairman of all chairmen.  All the allegations against the chairman (Hon. Asekutu) is all lies. I would call it lies from the pit of hell.  And ALGON as a body is not taking it lightly.  I know that the Councillors presently have started apologizing because there is no iota of truth.

“Only recently, our accounts were inundated with cash for that purpose. No other Council area has released funds for these projects yet. Only yesterday we met to define the necessary projects and disburse the funds to the various Councillors for their various wards.

“But this Council Chairman (Hon. Asekutu) went ahead even before any other Council has released funds, to release funds to some of the Councillors. He had succeeded in releasing fund to at least 10 Councillors.  Rather than releasing only N2 million, out of magnanimity, he already released N3 million each to about 10 of them with the understanding that when the money expected eventually comes, he will release to the remaining ten and recoup the fund he had earlier expended for the first ten and use bit for other developmental projects.

“But out of greed, some of the Councillors insisted that the chairman has to release an additional N2 million to all the ten Councillors. And he said no, his obligation is only to the remaining ten who have not received anything. That is the cause of the confusion. And they moved to his house in a very uncouth manners and started behaving like touts. They did not touch him, they did not beat him up. After that, they went to influence that publication. That is just it.”

On allegation of diversion of N141 million SURE-P fund, the ALGON Chairman said: ‘It is a lie. How fast could it be for him to confiscate the money that came into the coffers a few days ago?  SURE-P programme is people-oriented projects and he has already initiated several projects he is going to spend the money for.  So, the allegations are from the pit of hell.”

A top official in the Directorate of Local Government Affairs also responded, saying that the claim that N25 million was diverted to buy a sewage disposal truck for Warri North Council Area was unfounded and that the State government had instructed the council areas, which are primarily riverine, to use the funds to clear water hyacinth from the waterways and unclog blocked drains.

According to him, the directive to purchase sewage trucks was for “Local Government Council Areas that are upland, not the riverine Council Areas because there are no roads to use those trucks to work there”.