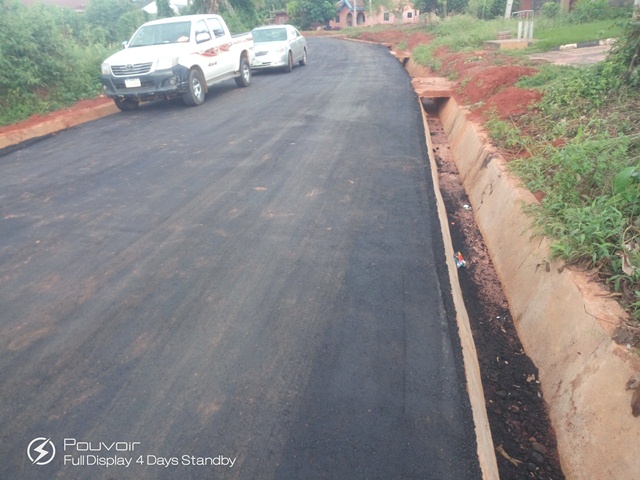 The residents of Idumuje-Unor in Aniocha North Local Government Area, Delta State, continue to hold the minority leader of the House of Representatives, Rt. Hon. Ndudi Elumelu, in high respect and to honor and thank him for his community-focused constituency projects.

A well-known son of the neighborhood and a former Executive Chairman of the Local Government, Hon. Sunday Aniamaka, stated in a conversation with journalists who were in Idumuje-Unor on Sunday, September 11, 2022, on a routine monitoring of the Minority leader’s constituency projects in the community, that His Royal Majesty, Obi Charles Anyasi III, Obi of Idumuje-Unor and the entire people of the kingdom are grateful and happy.

He said that the Minority Leader kept to his earlier promise of completing the construction of the Onicha-Uku-Idumuje-Unor link road.

“I am very happy with Rt. Hon. Ndudi Elumelu and let me also inform you that His Royal Majesty, the Obi of Idumuje-Unor and indeed the entire people of my community are very happy and grateful to him for the people oriented constituency projects he attracted for us in our community.

“Elumelu gave us his word that he would complete this road, and as you can see, that is being fulfilled. He started from Onicha-Uku where it stopped, and he did promise that it would be completed, and to God we give all the glory, today we are witnessing the completion of the road project as he did promise. We are grateful and happy with him,” Hon. Aniamaka stated.

The former council boss revealed that the Obi-in-Council of Idumuje-Unor has already constituted a high powered delegation made up of himself and two other prominent chieftains in the community, the Odogwu, Chief Iyke Chukwudi and the Nwadialor, Chief Brian Odiakaose as emissaries to meet with the minority leader to express his deep appreciation and that of the people of the community for ensuring the construction of an ultramodern Obi Palace and the completion of the Onicha-Uku-Idumuje-Unor road project, which he noted are very critical to the wellbeing of the people of the area. 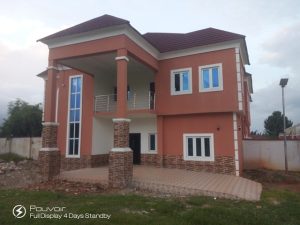 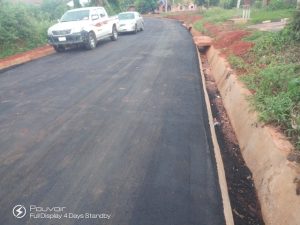 Aniamaka praised the project engineer in charge of the road project for adhering to the project’s scope and specifications.

“We are happy with the project engineer for the fact that we have been monitoring the project right from the time they excavated the road, filling it with laterite, until they compacted the laterite and laid the MC1, to now that they are doing the asphalting.

“This part is the lowest part of this community. All the water flowing from all parts of the community ends in this place, and with these two side drains, they can now monitor the storm water coming from different parts of the community,” the former Executive Chairman of Aniocha North Local Government said.

In a separate chat, the project engineer, Engr. Chidi Ikegwunor, stated that every effort was being made to deliver the project on Tuesday. They had originally planned to finish it on Monday, but the weather prevented that.

“We started asphalting on Friday, if not for the weather, we targeted today Sunday for the completion and Monday for maintenance basically. As it is now, we have about 350 meters to cover, which hopefully by Monday we will finish if the weather permits, and then Tuesday we do the maintenance, conclude, and hand over the project because the Minority Leader has been on our neck”.

Engr. Ikegwunor said that the drains at both sides of the road, which is 600 meters by 600 meters, are basically for erosion control, considering the volume of water that comes from upstream.

“The drains were done to contain the water to make sure people here live without going through the stress of being submerged after the rains,” the project engineer affirmed and revealed that the entire stretch of the road project has over 30 entrance slabs to each of the compounds along the road with four numbers of coverts at various points.

He praised the Idumuje-Unor community’s traditional chief and his subjects for their level of cooperation and hospitality throughout their stay in the area for the road project.

“We indeed appreciate them because they are good people. “Their brother, Rt. Hon. Ndudi Elumelu is also a good person and a good representative, that is why he is bringing such wonderful projects to them,” Engr. Ikegwunor said.