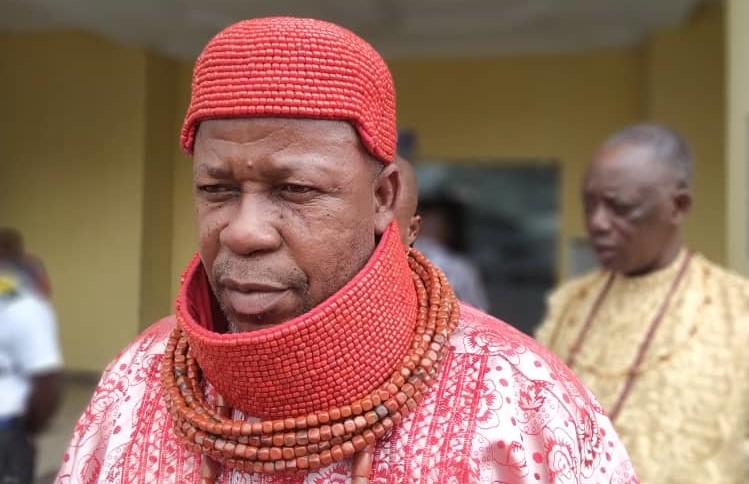 Paramount traditional rulers in the Niger Delta, His Majesty, King Obukohwo Monday .A. Whiskey Udurhie 1, has called on former Minister of Niger Delta Affairs, Godwill Akpabio to account for the over N700 billion accrued budgets of the Niger Delta Development Commission (NDDC) before being engrossed with his 2023 presidential ambition.

The monarch made the call in a statement issued in Warri, Delta state, on Sunday, saying that Akpabio was responsible for the pitiable state of the activities at the NDDC.

He lamented that regional resources accruing to the Niger Delta states were criminally plundered by the Akpabio-led Federal Ministry of Niger Delta Affairs.

The traditional ruler said that only an urgent inauguration of the already screened/confirmed board of the NDDC that would resuscitate and rekindle hope of the people.

“Having voluntarily resigned as Minister of the Niger Delta Affairs, our beloved son, Obong Godswill Obot Akpabio should come out clean to explain to fellow Niger Deltans the where about of the three years running budgetary allocations of the NDDC which inside sources claimed were more than N700 billion”, he said.

He decried the disheartening state of things at the NDDC, alleging that both the Federal Government and former Minister Akpabio held the region perpetually captive and denied her of her developmental agenda.

Udurhie berated the federal government and Akpabio for an inglorious forensic audit that never brought out anything to the region.

The paramount traditional ruler demanded an explanation to “our people of our collective regional wealth’.

The statement reads; “Mr. President must have seen now that those he entrusted with the developmental agenda of the oil and gas bearing communities of Nigeria had their own nefarious intentions to swindle and cause more havoc and deny the people their collective dreams of development”, he said.

“It is instructive to note, Mr. President, that three options are still available to the federal government of Nigeria. The first being the immediate inauguration of the screened and confirmed Board of the NDDC under the Chairmanship of Dr. Pius Egberavwe Odubu and MDship of Olorogun Bernard Okumagba.

“Secondly, immediate dissolution of the illegally constituted sole Administrator that is alien to the NDDC Act 2000.

“And thirdly, every of the allocation to the NDDC from 2019 to 2022 except for those used for staff salaries and sundry expenses, every other monies of the over N700 billion be recovered from whoever were part of the Macabre dance of shame in the past four years.

“I have the privilege of sitting with you, Mr. President one on one on the 14th  December 2018 and for over three hours and I recalled with nostalgia how deeply concerned you spoke about the underdevelopment in the Niger Delta.

“And I know you as a man of due diligence who will not condone what had just happened to the regional interventionist agency, the NDDC whose resources were plundered, looted and were out rightly misappropriated by those you saddled with such responsibility.

“‘The inauguration of the already screened and confirmed Board will rekindle hope and restore the federal government integrity before Nigerians and the international community.

“Finally, in the face of the atrocities that Akpabio has committed, it will be a great affront and insult on the people of the Niger Delta for him to contest for President without first rendering a clean account of his tenure as minister of the Niger Delta Affairs”, the monarch demanded.