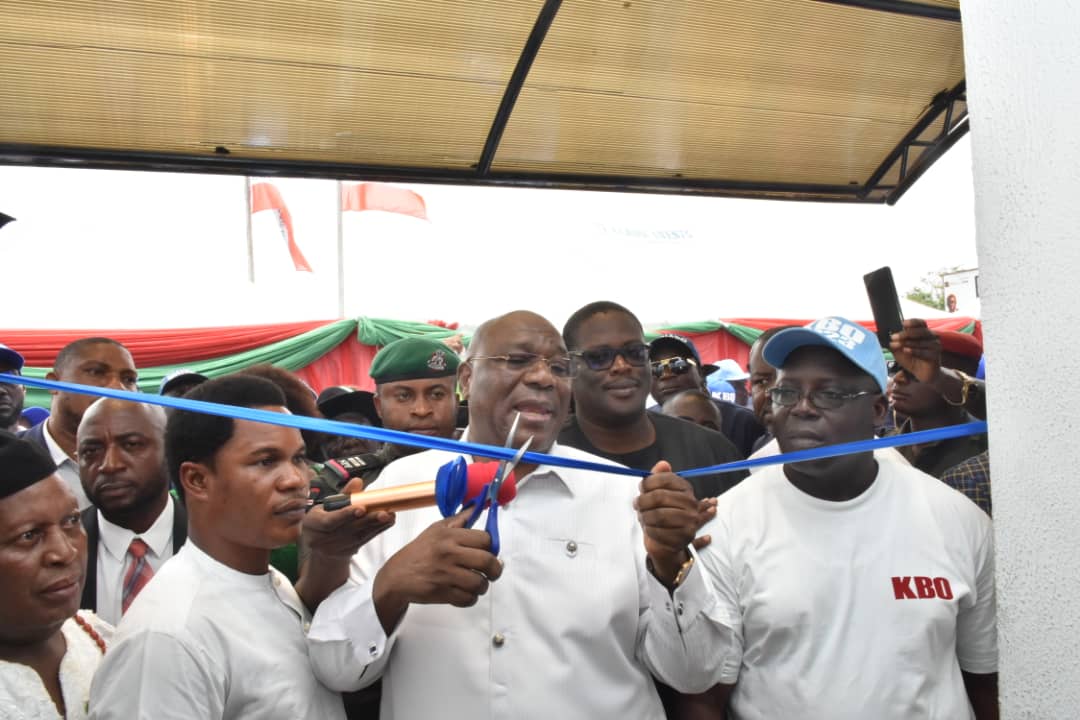 Deputy Governor of Delta State, Deacon Kingsley Burutu Otuaro, on Tuesday, said he has formally informed his boss, Governor Ifeanyi Okowa of his intention to contest the 2023 governorship election in the state.

BIGPENNGR reports that Otuaro spoke while fielding questions from newsmen shortly after inaugurating his campaign office along DBS road in Asaba, the state capital.

Fielding question on whether he was not disqualified by the supposed senatorial power rotation agreement in Delta State, Otuaro said his principal, Governor Ifeanyi Okowa had long cleared the air when he said a formal senatorial zoning arrangement is not to his knowledge.

“I stand to identify with that. The Governor has been a longer player in the polity. He has therefore assured that he is going to give level playing field to all aspirants. Besides, the enabling laws of Nigeria gives me franchise, gives me right to contest”, Otuaro posited.

Otuaro assured that with the support of God he is enjoying: “Jinxes are meant to be broken. With God helping, I’ll break the long jinx of Deputy Governors not making into Governors in the polity. Beneath people like me with quiet and peaceful exteriors, as perceived by the public, usually lie strength”.

According to him, he was inspired by Almighty God to contest and assume the Governorship of Delta State in 2023 just as he reiterated that he “came into government by divine orchestration”.

“My inspiration to contest the governorship position is divine. It defies explanation with ordinary words. God, who is interested in Delta State, is giving us support. The responses we got from the consultation moves round the state were amazing and unprecedented”.

The Deputy Governor emphasized that since he came into government as Deputy Governor, “God has been faithful. We’ve been steering the ship of state. The Senator Dr. Ifeanyi Okowa-led Delta State administration has done well as exemplified in the height of infrastructural development”.

A statement by Bulou Kosin, his Senior Special Assistant, Press and Communication, quoted Otuaro as saying that he had enjoyed a robust relationship with Governor Okowa and has been primed to take over the mantle of leadership to consolidate on the stronger Delta mantra of the governor.

“Let me tell you that I am prepared to take over the mantle of leadership of Delta State in 2023. Going forward, we are going to see an industrialized Delta State with more jobs. The blueprint will be out soon”, Otuaro said.