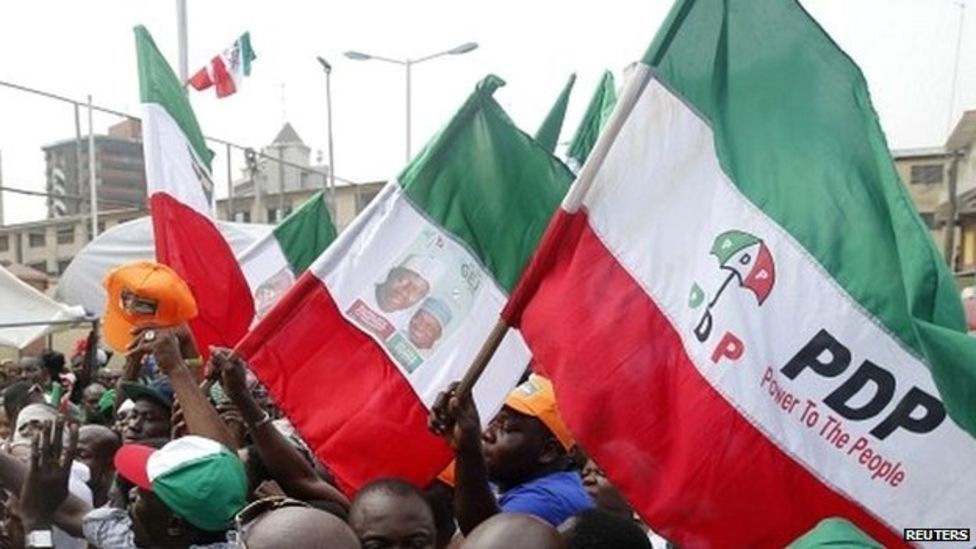 The Delta State Chapter of the Peoples Democratic Party, PDP, has taunted the All Progressive Congress, APC, the political party of the Deputy President of the Senate, Ovie Omo-Agege over mass defection that hit his party on Saturday, saying the APC is collapsing and almost finished in the State.

The PDP was reacting to the mass defection of political stalwarts of the APC to the PDP on Saturday during the ruling party’s mega rally held in Asaba, the state capital.

Dr. Osuoza’s statement reads: “Delta State PDP welcomes with open arms, the arrival of former chieftains and stalwarts of the All Progressive Congress, APC and other political parties including Chief Cyril Ogodo, former APC State Chairman, Barr. Ogheneluemu Sylvester Imonina, acting State Publicity Secretary of APC and Precious Enuenweayoi, acting State Welfare Secretary of the APC, just to mention but few, amongst an overwhelming number of distinguished Deltans, into our PDP family under the big umbrella that covers the entire Delta State.

“Due to the massive numbers of distinguished Deltans who have now made PDP their new political home and family, we have compiled a comprehensive list of these our brothers and sisters, which will be published in a separate press release very soon.

“Deltans already know the excellent and impressive track records of so many of these fine men and women, that brought credibility, charisma, tremendous goodwill, vibrant intellectual articulation and a huge sense of commitment in their zeal to shore up the APC’s dwindling fortunes and goodwill in what was already designated as failed project.

“Unfortunately, the fractured and factionalized APC failed woefully to appreciate the exceptional qualities and values which these stalwarts brought into their party and today we are very happy and excited to have them and their teeming supporters running into thousands, join our great PDP family, where they will be fully covered and protected under the mighty umbrella that is covering the entire Delta State.

“We have no doubt whatsoever that the defections of these distinguished Deltans and their multitude of supporters, had not just dealt a mortal body blow to the ailing and formless APC in Delta State, signalling that the party is collapsing and almost finished in the State, it will also expand the burgeoning ranks of our membership in their various Constituencies and Senatorial Zones and will further consolidate the already accepted fact that Delta is PDP and PDP is Delta.

“We are also very confident that they will all bring their wealth of experience, solid political capital and proactive dynamism into the PDP, as they break the bonds and shackles that had held them hostage and kept them in the bondage of APC, and begin to flourish in the new atmosphere of freedom in the PDP.

“The Umbrella is big and wide enough to accommodate all, and Delta PDP has always provided and will continue to provide the conducive atmosphere, a level playing field and an all inclusive environment for one and all true loyal and faithful party men, women and youths across the three Senatorial Zones, as we collectively work towards ensuring a #StrongerDelta, for all Deltans”, the statement added.