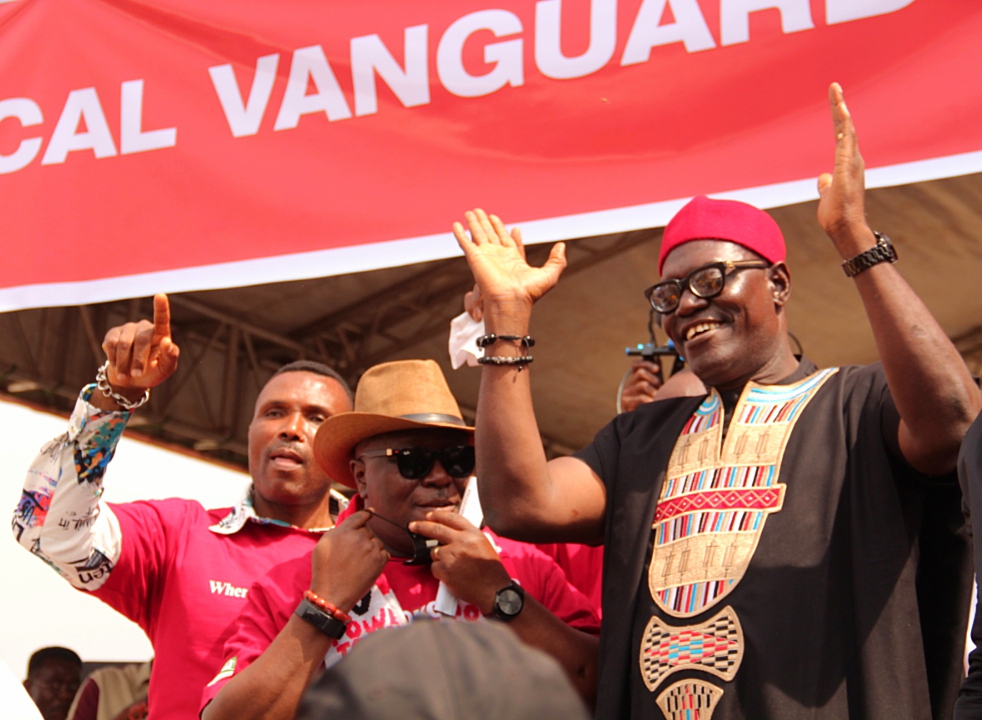 As politicking ahead the 2023 general election gathers momentum, a formidable political pressure group in Delta state, Delta Political Vanguard (DPV), on Saturday, declared their stance on the governorship seat of the state saying “wherever Okowa goes, we go”.

The group made up of formidable members with statewide followership, made this known at a well-attended new year get-together at Government Field, Boji-Boji, Agbor.

The group reaffirmed commitment to Governor Ifeanyi Okowa ahead of 2023 general elections.

National Chairman of the group, Chief Michael Diden, said the group had resolved to work in unison with other groups to deliver the next governor of the state.

He urged all governorship aspirants on Peoples Democratic Party (PDP) platform to pray harder to enable Governor Okowa and other leaders chose any of them for the 2023 race.

On his part, Chairman of the party in the state, Chief Kingsley Esiso, thanked the leadership of the DPV for putting up the ceremony.

Esiso also lauded members of the group for their massive support for the governor since 2015 when he assumed office.

According to him, because of the successes recorded by our governor, we want a governor that will follow his footsteps in 2023.

“This is very apt because we want continuity in road construction, in health development, in educational development and human capital development.

“So, we have all agreed that we need a governor in 2023 that will follow the footsteps of the people,” Esiso stated.

He announced that a mega rally of the party would take place at the Cenotaph, Asaba, on January 22, 2022.

Welcoming guests to the occasion earlier, Director-General of the group, Mr Ifeanyi Eboigbe, said that the new year get-together was organised to celebrate Governor Ifeanyi Okowa and to restate the group’s commitment and loyalty to the governor’s political leadership in the state.

He said that the group was not supporting any governorship aspirant because it was awaiting directives from the governor, reiterating that “anywhere Okowa goes, we go”.

He, however, warned that the group would not support any aspirant that failed to identify with the group.

The rally was attended by members of the National Assembly, including Victor Nwokolo, Ben Igbakpa and Thomas Ereyitomi.