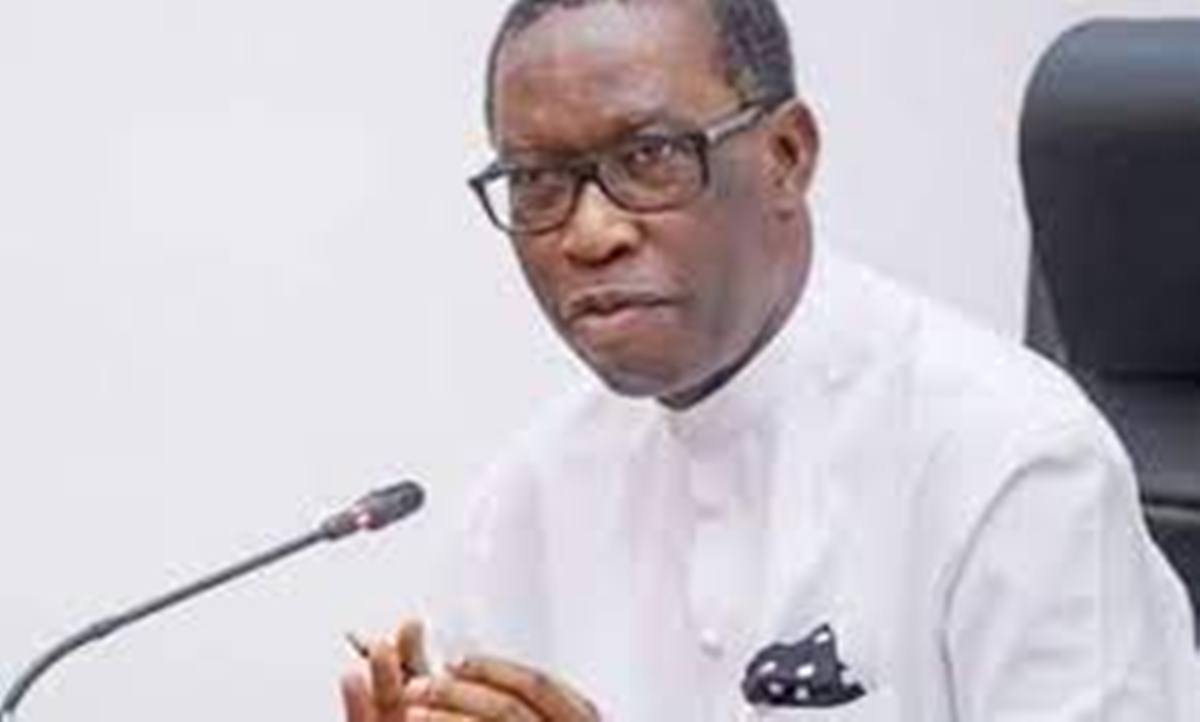 Gov. Ifeanyi Okowa of Delta on Tuesday requested for the approval of N600 million from the Delta State House of Assembly as counterpart fund through First Bank of Nigeria.

Okowa said that the request was  to fund the implementation of the 2020 Sustainable Development Goals Conditional Grants Scheme (SDGs-CGS) projects in the state.

The request is contained in a letter read during plenary of the assembly on Tuesday in Asaba by the Speaker, Chief Sherriff Oborevwori.

He said that the state was in the forefront in the implementation of SDGs in Nigeria with immense benefits accruing to it, especially in the health sector.

According to him, the outbreak of the Coronavirus pandemic has necessitated the need for improvement in the water and sanitation sectors.

He explained that the SDGs-CGS counterpart fund was an obligation towards the Federal Government and state partnership arrangement as a commitment towards achieving the 2030 agenda of SDGs on a yearly basis and in the year 2020 cycle.

”As it relates to Delta, the programme is geared towards the timely provision of water and sanitation facilities in primary healthcare centres meant to strengthen and enhance indigenous capacity in developing our healthcare infrastructure.

”Based on the workplan/schedule of the intervention in selected healthcare centres across the three senatorial districts of the state, the sum of N600 million is required as counterpart fund to enable the state participate in the 2020 project cycle.

”Sequel to the foregoing, the State Executive Council at its 12th meeting held on Nov. 16, approved that the counterpart funding finance of N600 million be obtained by the state government from First Bank of Nigeria.

”The purpose of this letter is to seek the authorisation of the state house of assembly for the state to accept the loan facility from First Bank of Nigeria and to issue an appropriate Irrevocable Standing Payment Order (ISPO) for the repayment of the loan facility,” he said.

In a related development, Okowa also requested the approval of N657.2 million for the payment of interest during the moratorium for the state to participate in the Central Bank of Nigeria (CBN) oil palm development initiative programme.

The governor said that the programme was geared towards revolutionising the state’s agricultural sector for food security, job creation, increased wealth and economic growth.

Okowa also said that the programme would be implemented through the state Commercial Oil Palm Plantation Growers Cooperative Society.

He added that 17,345.5 hectares of land, representing 50 per cent of the proposed 34,691 hectares would be cultivated as palm oil plantation with cassava as intercrop, under phase one of the project for a period of three years.

” To actualise this project, a cumulative facility of N24.9 billion as cumulative interest payable for the first 12 months.

” Going by the arrangements, a commercial bank would be required to lend the aforementioned cumulative interest payable to the cooperative society.

”The purpose of this letter is to seek the authorisation of the assembly to accept the loan facility from First City Monument Bank (FCMB) or any other commercial bank willing to accede to the terms and conditions to issue ISPO accordingly,” he said.

Consequently, the Majority Leader of the Assembly, Mr Ferguson Onwo, moved a motion for the approval of the governor’s requests.

The motion which was unanimously adopted by the assembly when put to a voice vote by the Speaker, and was seconded by Mr Emmanuel Sinebi, the member representing Patani State Constituency.