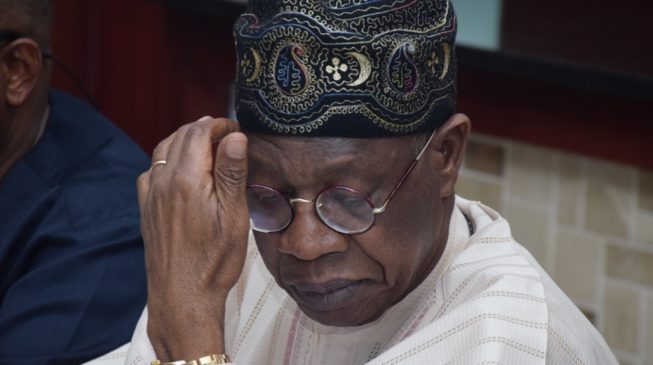 A nonprofit and a non governmental organization, Better Standard Living Development Initiative (BSLDI), has called on the Minister for Information, Alhaji Lai Muhammad to dust off Disabilities Act passed into law in 2018 and commence awareness campaign about it as enshrined in the Act.

The group noted that many people are not aware of the Act which was passed by the national assembly and assented to by President Muhammadu Buhari since 2019.

BSLDI, in a statement by Mr. Samson Ogowewo, it’s National President and Director of Disability Right, Ogheneochuko Obare, Eqs., lamented that physical challenged persons are suffering discrimination all over the country whereas there is an act which cater for person with disabilities that’s yet to be fully implemented.

The Act is geared towards giving persons with disabilities a meaningful life.

Section 1 of the Act reads;  “A person with disability shall not be discriminated against on the ground of his disability by any person or institution in any manner or circumstance”.

The statement reads; “The president of Better Standard Living Development Initiative (BSLDI) is calling on the federal ministry of information to start creating awareness of the discrimination assented to, by the president of the federal republic of Nigeria, President Buhari on January 2019.

Ogowewo and Obare, in the statement, passionately appealed that jingles should be roll out on our national media as regarding how persons with disabilities should be treated.

They also demanded that the Minister should deployed press releases, posters, handbills and other media apparatus towards and unconditional awareness creation about this act.

They further reiterated, “this act should be domesticated in the thirty-six states of the federation and those states who have incorporate this act should commence the full implementation.

Section 2 of the act postulate;  “A public building shall be constructed with the necessary accessibility aids such as lifts (where necessary), ramps and any other facility that shall make them accessible to and usable by persons with disabilities.

The group, also called on Delta State government and other state governors to domesticate the Act and commence implementation before the end of the tenure.

They added that it will be a giant stride if the Delta state governor and the legislators can give a speedy attention to this act as Delta state marks her 30 years anniversary.