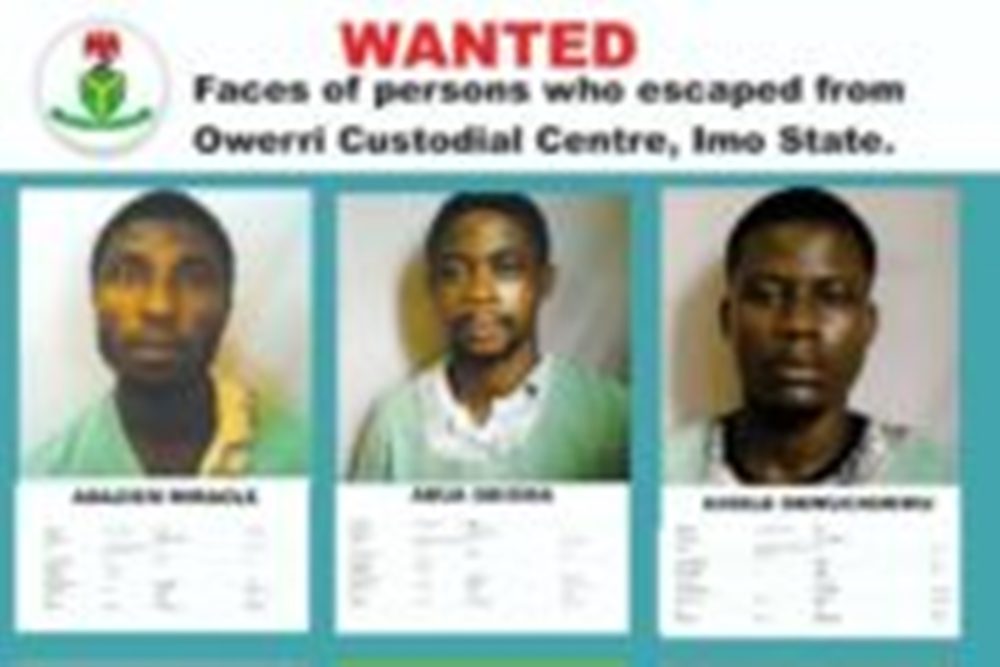 Names and photographs of inmates who escaped from the Owerri Custodial Centre, Imo State, Southeast have been released by the Nigerian Correctional Service.

They have been declared wanted.

A correctional facility in Owerri, Imo State capital was attacked by separatist group, Indigenous People of Biafra (IPOB) on Monday, April 5 and over 1000 inmates were freed.

On the same day, the Police Headquarters in the capital city came under attack with many vehicles parked on the premises razed, while the armoury was also suspected to have been looted.

The NCoS released the list on Friday on its official Twitter page, adding that more photographs would be released.

“Please note that more photographs of the escapees on the way and efforts are on to get clear pictures for the black spaces” NCoS tweeted.

Hope Uzodimma, Governor of Imo State while appearing on a Channels Television show on Thursday, April 8 disclosed that 85 of the 1,844 inmates who escaped from the Owerri Custodial Centre have voluntarily returned to the facility.

Also speaking on the issue, Dennis Amachree, a former Assistant Director of the State Security Service (SSS) said the Nigeria Police and the Governor had actionable intelligence on the coordinated attacks on Monday, April 5 by separatist fighters but failed to avert them.

(This story contains information from HumAngle)