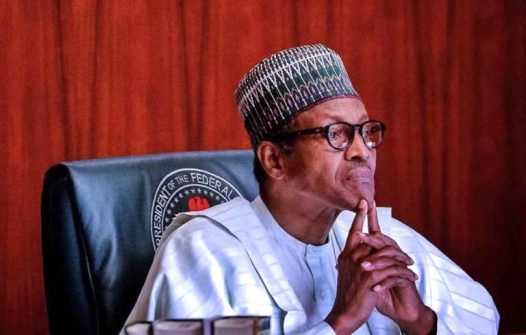 President Muhammadu Buhari has felicitated with the Itsekiri nation on the announcement of a new Olu of Warri, as pronounced by the Iyatsere of Warri Kingdom.

The President also condoled with the Itsekiris on the passage of the immediate past Olu, His Royal Majesty Ogiame Ikenwoli.

President Buhari in a statement by his Special Adviser on Media and Publicity, Femi Adesina, prayed that the Olu-designate, Prince Utieyinoritsetsola Emiko, will have a peaceful reign, signposted by massive development of Itsekiri land.

He counselled love and reconciliation after a pulsating race for the throne, noting that peradventure any dissension exists, such should be resolved through due process.

Wishing the Itsekiri comfort, he said as the Itsekiri nation mourned their departed Olu for three months, he prayed godly comfort for them, and a smooth ascendancy for the incoming traditional ruler.

BIGPENNGR reported that amidst controversy and bitter rivalry, the Itsekiri nation had on Monday announced the passing of its monarch, His Royal Majesty, Ogiame Ikenwoli at Ode Itsekiri, its ancestral home in the Warri South Local Government Area, Delta State.

BIGPENNGR reported that the development was greeted by fresh controversy as the Ologbotsere of Warri Kingdom and Chairman of Warri Council of Chiefs, Chief Ayirimi Emami, declared the purported announcement of the passage of the Olu Ogiame Ikenwoli as illegal, null and void.

This medium had reported that the Ologbotsere, also declared the unveiling of Prince Tsola Emiko on Monday April 5 by some group of persons, as successor to the throne as illegal.

Ologbotsere To Buhari: I Know You’ll Not Be Part Of Illegality, There’s No Olu Of Warri Designate Yet