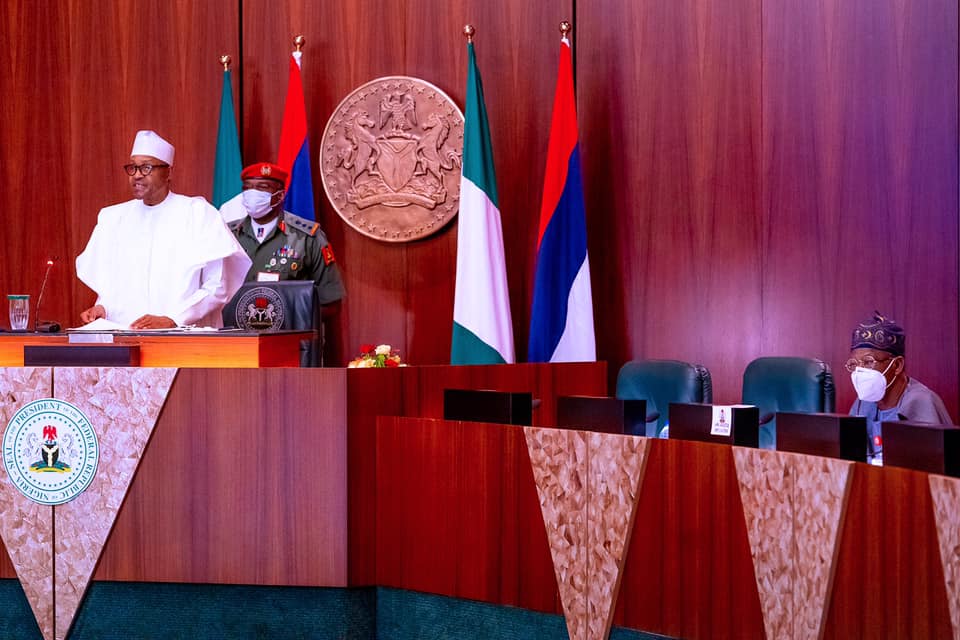 Abubakar Bello, Governor of Niger State, has revealed what he told President Muhammadu Buhari on Wednesday evening, over the Kagara school abduction incident.

BIGPENNGR.COM reports that Governor Bello had visited Buhari at the State House over the terrorists attack and abduction of students at Government Science Secondary School (GSSS), Kagara, Rafi Council Area of the state.

Bello had visited the presidential villa Wednesday night to brief President Buhari on the abduction of the 27 students, three staff and 12 family members from the GSSS.

The incident occurred about two months after 344 students of Government Science Secondary School, Kankara, Katsina, were abducted by a terror group.

The Kankara schoolboys were released less than two weeks after payment of a ransom to the terror group.

Buhari had in a statement released by Garba Shehu, his Senior Special Assistant on Media and Publicity, earlier condemned the abduction and ordered a quick rescue operation.

He expressed sadness over a victim’s death and called the act cowardly, vowing to restore normalcy in the country’s security situation.

Speaking on the outcome of his meeting with President Buhari, the governor revealed that he had requested more security personnel and equipment to fast-track results in the state’s rescue operation.

“I came in this evening to thank Mr President for his quick response to the plight of Nigerlites, following two serious kidnap incidences,” Bello said.

“At the same time, we rubbed minds on what we think should be done so that we find an everlasting solution to the situation and Mr President has confirmed to me that this matter will be given proper attention.”

“We’ll continue engaging the service chiefs and the federal so that we can guide and advise them on what we think should be done. So I think it was a wonderful meeting.”

He also expressed support for the nation’s upper chamber’s call for the declaration of a state of emergency on security in the country.

Bello said the call had become imperative to address security challenges experienced in some parts of the country.

“At the moment, if you look at what is happening, we are having security challenges in almost all parts of the country, so yes there’s a need to install some form of emergency on security matters across the board,” he said.

“So yes, I think the Senate acted in good faith. Something definitely needs to be done.”

“To be honest, I’m very convinced by what Mr President told me and I feel I’ve seen the presence of the military in Kagara, I was there earlier today, and I also request for some additional personnel and equipment, which I believe will be granted any moment from now.”

“Right now, our immediate priority is to get the kidnapped victims released, after that, I think we must have a long-lasting solution to the farmers/herders conflicts,’’ he added.

Meanwhile, Bashir Magashi, Nigeria’s Minister of Defence, says the government will ensure the swift and safe rescue of the abducted.

The minister said the government would replicate the success in freeing the Kankara schoolboys in the Kagara incident.

“We have demonstrated our ability to take on the challenge. We have done it in Katsina; when children were kidnapped, within two days, we got them back. Hopefully, this time, we will do the same to get these captives back. We are planning,” Magashi said.

Okowa To NDDC’s Mgt: Spend Our Money On Bigger Projects