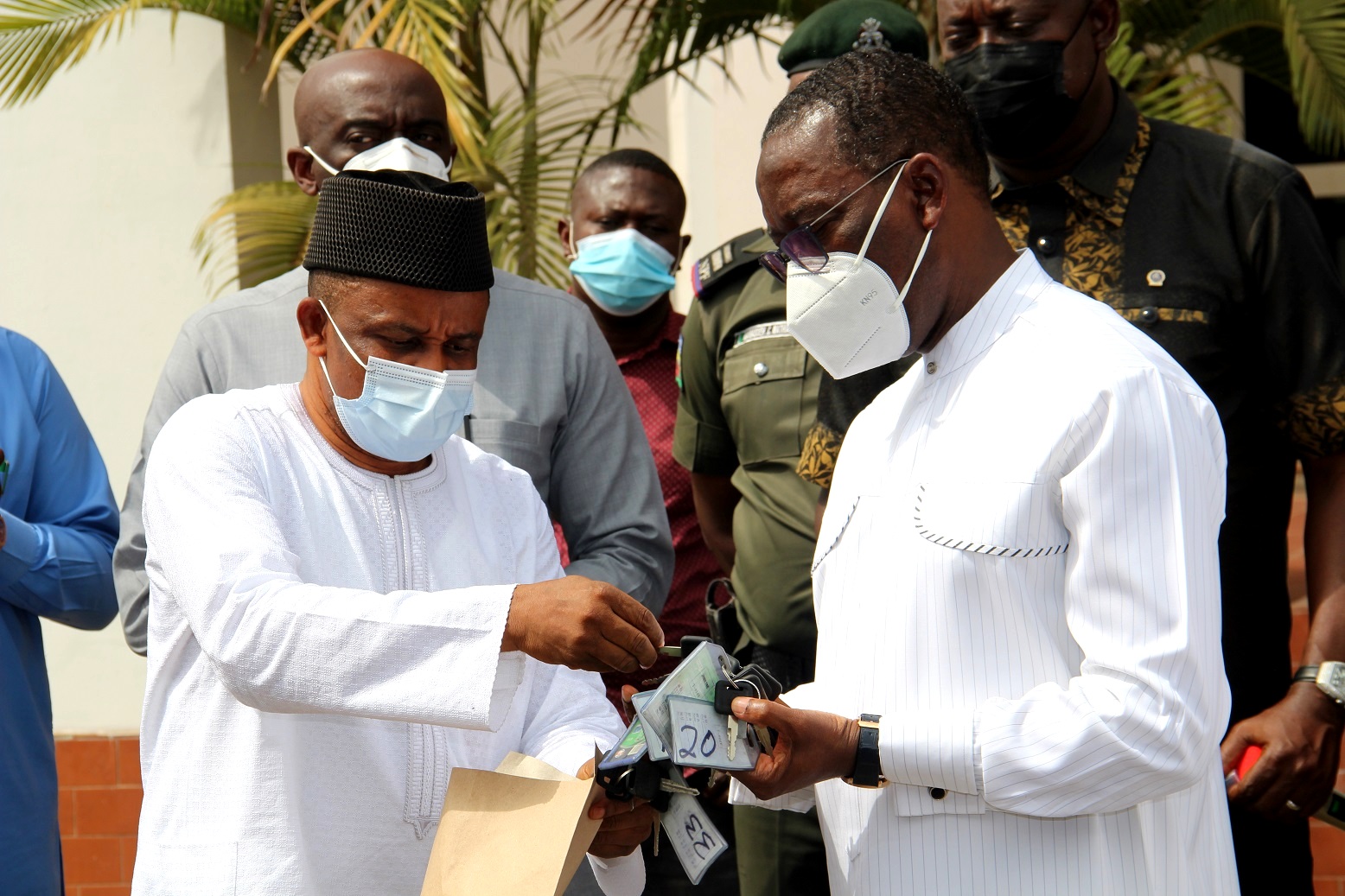 Okowa spoke when the Interim Administrator of the Commission, Mr Effiong Akwa  and his management team visited him at Government House, Asaba.

He urged the NDDC to do something that would positively impact the people, saying “for the sake of sustainability, everything we do must be sustainable because I have seen roads done under emergency projects that failed under three months.

According to him, NDDC should spend more money on bigger projects that connect communities, and have capacity to impact on the people.

The governor commended the interim administrator for reaching out to stakeholders in the region for inputs for the development of the area, and expressed hope that NDDC would truly live up to expectations of the people.

He advised the management of the commission to partner the state governments in the region in its activities “in the interest of the region’’.

“The NDDC is supposed to be an interventionist agency but because of politics, we have continued to allow ourselves to be caught in the web of competition which ought not to be so.

“I do know that there was a master plan that was put up in collaboration with the states some years ago. This would have helped to develop the Niger Delta.

“I don’t know how long you will be there but try to make a mark for yourself while your stay lasts.

“When you satisfy yourself that you have done well according to your conscience then you can leave the office a happy man.

“I am glad that you have met my brother governors; I am also of the opinion that the Presidential Advisory Committee on NDDC should meet with the management of the Commission to look at further ways we can collaborate to develop the region.

He noted that the more the youths of the Niger Delta were engaged, the better for the nation, adding that his administration has continued to provide skills acquisition and empowerment for youths in the state to enable them be job creators instead of job seekers.

“The more we give them skills that will enable them to stand on their own and also link them with finance houses or direct empowerment from government the better for us as a people.

“That is a programme we are pursuing as a state and we need collaborations in this regard,and I hope we can partner in this stead,” Okowa added.

Earlier, Akwa had told the governor that he was in Asaba as part of his engagements with key stakeholders in the region to share his plans for people of the region.

He lauded the governor for his administration’s efforts in empowering the youths of Delta.

Akwa stated that NDDC was committed to the sustainable development of Niger Delta, and assured that the Commission would no longer carry out projects at variance with the aspirations of the people.

He commiserated with the governor over the death of his father, Pa Okorie Okowa, who was buried on Tuesday.

“It is the prayer of the management of the NDDC that God should grant you and your siblings the fortitude to bear the irreparable loss,” he stated.

High point of the visit was the donation of five waste disposal trucks to the Delta Government by the NDDC.