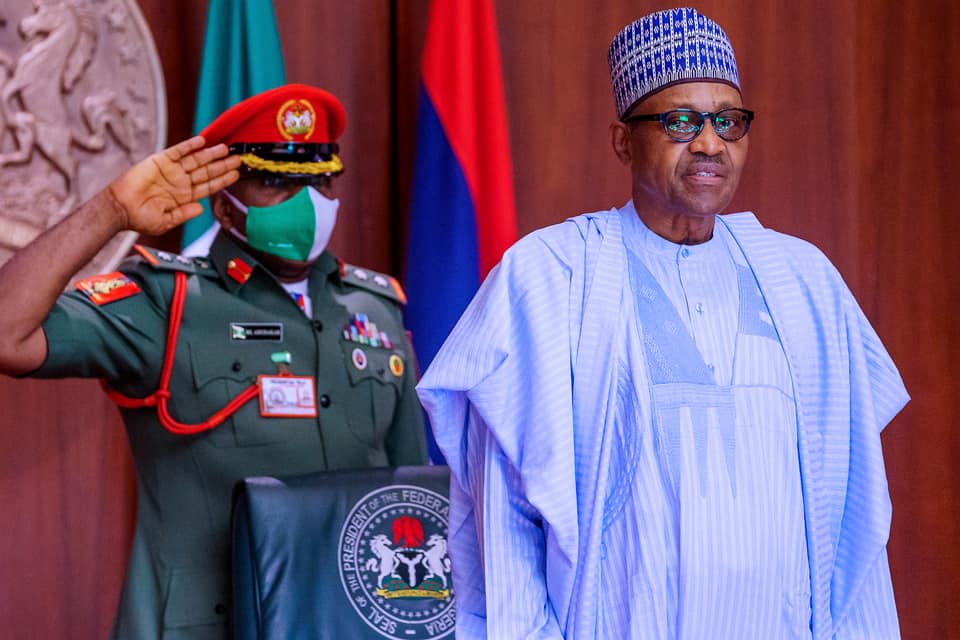 President Muhammadu Buhari has named new service chiefs after overstayed Chief of Army Officer and other security chiefs on Tuesday resigned their positions.

BIGPENNGR.COM reports that this is coming almost three years after they were due for replacement according to the Armed Forces Terms and Conditions of Service, having met the threshold for retirement since 2017.

This newspaper had severally reported that there have been calls to replace the chiefs, who were appointed by the president in July 2015, due to the lapses in the war against the Boko Haram, as well as the rising insecurity across the country, particularly in northern Nigeria.

However, on Tuesday the service chiefs thrown in the towel, according to a statement by Buhari’s spaceman, Femi Adesina, saying President Buhari has accepted their immediate resignation, and their retirement from service.

President Buhari thanked the outgoing Service Chiefs for what he calls their “overwhelming achievements in our efforts at bringing enduring peace to our dear country,” wishing them well in their future endeavours.

The President congratulated the new Service Chiefs, and urges them to be loyal and dedicated in the discharge of their responsibilities.