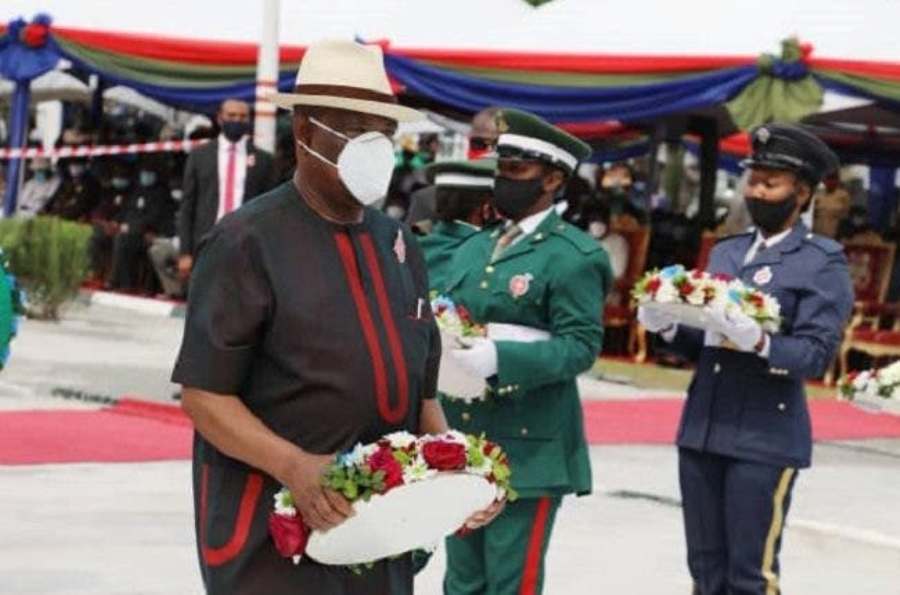 BIGPENNGR.COM reports that Wike gave the commendation few weeks after he joined calls from different quarters in the country for the sack of the heads of security agencies in the country by the President.

The governor had during the wreath-laying and parade ceremony organised to mark the 2021 Armed Forces Remembrance Day Celebration in Port Harcourt, explained that the Federal Government needed to change the Security Chiefs in order to allow for fresh ideas and strategy in tackling the threats to internal security in Nigeria.

In a statement by Paulinus Nsirim, the State Commissioner for Information and Communications after Buhari named new chiefs, Governor Wike noted that though the appointments came late, the President should be commended for listening to the voice of the people.

The governor challenged the new appointees to see their appointments as an opportunity to re-engineer the nation’s security architecture which has suffered tremendous setback in the last five years.

“The new Service Chiefs should not politicise security by aligning with politicians.

“What the country needs now is competence and professionalism that will reduce insecurity to the barest minimum, ” he stated.

Governor Wike noted that Nigerians who lost confidence in the former Service Chiefs are looking up to the new appointees to make the desired change.

He called on all levels of government to give the Service Chiefs the needed support they would require to execute their assignments.

“This is an opportunity to serve the nation and I believe that the Service Chiefs will be focused and dedicated, ” he added.