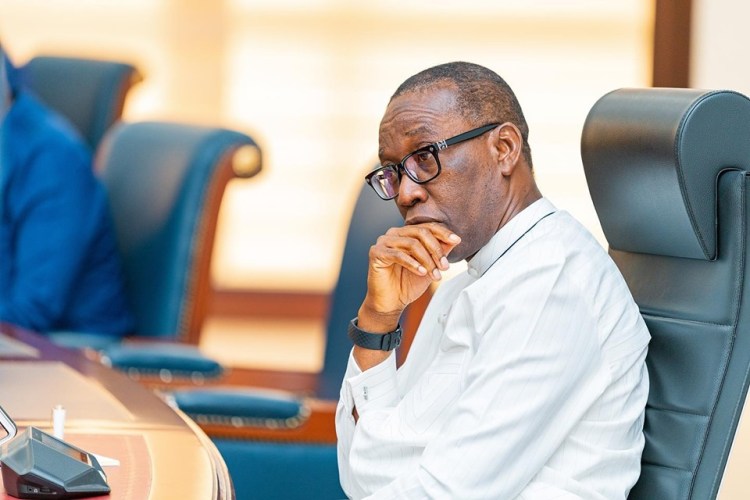 Mysterious deaths have been reported in two Delta state communities within two weeks.

It is not clear what led to the deaths but the health situation is similar to the incidents in Kano where mysterious deaths were recorded.

BIGPEN understands health officials of the Delta State Government have been dispatched to the affected local government and communities to unravel the circumstances behind the strange deaths.

It was learnt that the ‘mysterious’ deaths ostensibly from an out break of a disease, have claimed the lives of over 15 ( fifteen) persons within 18 to 25 years age bracket in the past 2 weeks.

Meanwhile, the Delta State Government while confirming the development on Sunday, expressed concern over the mysterious deaths, assuring residents that Government would do everything possible to curb the disease.

The public relations officer of the state ministry of health, Donald Ojebo, in a statement on Sunday, said that Delta State Commissioner for Health, Dr. Mordi Ononye gave the assurance when he led a team of public health officials to Ute Okpu.

“Delta State Government has received information on seemingly mysterious deaths in Ute Okpu and Idumesa communities of Ika North East Local Government Area of the State which prompted the Governor, His Excellency, Senator (Dr) Ifeanyi Okowa, to direct the State Ministry of Health to immediately investigate these deaths, identify the cause/causes and effect containment measures”, the statement said.

According to the statement, the commissioner for health, during the visit had informed the traditional ruler of Ute Okpu, of the Governor’s directive to upgrade the Comprehensive Health Center in Ute -Okpu to a full fledged Hospital.

He, however, used the visit to called on members of the community and residents of the State to observe good hygiene as the dry season approaches by properly covering their food, cutting grasses around their surroundings, eliminate rats in their houses and continue to observe the COVID-19 safety guide lines especially hand washing with soap and running water.

The State Epidemiologist, Dr. Richard Ikwuogu who was part of the visit, said that his office sent officers to the community immediately the information reached the Ministry of Health, stating that the active case search that commenced the previous day continues.

He added that his team has visited the families of the affected persons in the community and also the case in the hospital in Umunede, collected their samples and interviewed them.

Dr. Ikwuogu said that though a suspicion of viral hemorrhagic fever, or substance abuse, the outcome of the test on collected samples will give clear information on the disease and that will determine the next line of action .

Responding, HRM Obi Solomon Chukwuka I, Obi of Ute Okpu while welcoming the Health Commissioner and his team to his palace, thanked Governor Ifeanyi Okowa for giving the directive for the health center in his domain to be upgraded.

He expressed relief that government’s intervention through the visit has brought hope to them and assurance that the disease will be curbed.

He assured the Commissioner and his team of the co-operation from him and his subjects and encouraged them to feel free and let him know of any challenge they may come across when interacting with residents of the community.

The Obi prayed and wished them success as they carry our their investigations in the community, the statement said.