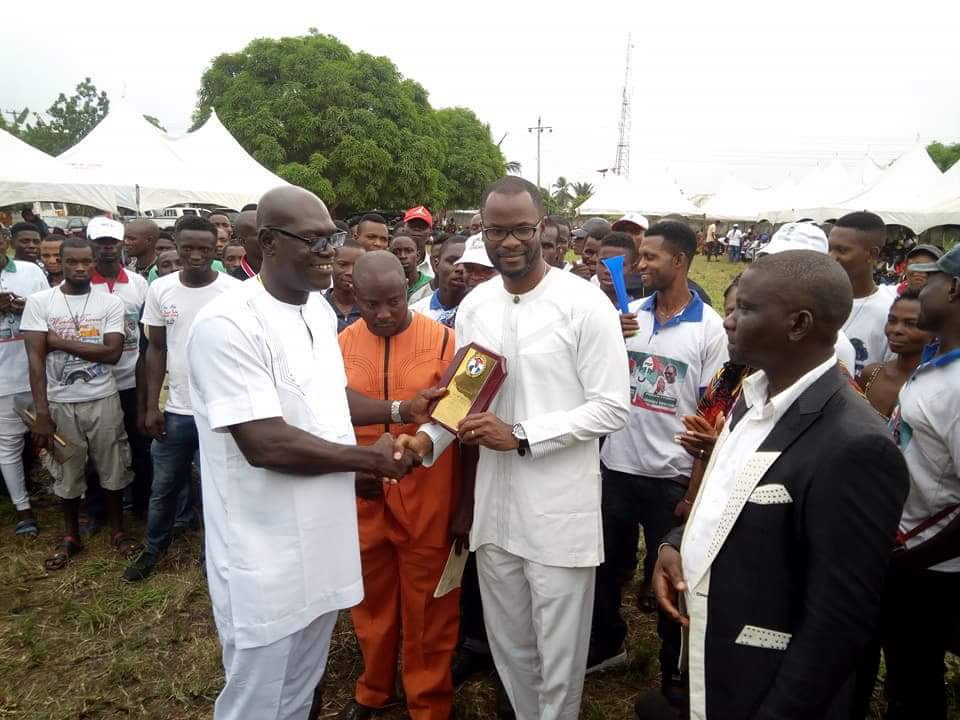 In recognition of his contributions to the growth and development of Ndokwa nation, a coalition of Ukwuani Youths and members of Ezhionum community on Friday organised a grand reception in honour of Delta state PDP Assistant Legal Adviser, Barr. Okolo Hessington Chimennma.

The event which was packaged to honour Chimennma for his elevation as the Delta State Peoples Democratic Party (PDP)  Asst. Legal Adviser and Director Legal Services attracted several chieftains of the party across the state including the state Chairman of party Olorogun Kingsley Esiso.

Speaking an elated Okolo expressed thanks to all those who graced the occasion inspite of their busy schedule, saying, “I must confess that it was indeed a grand reception as is attested to by the huge crowd that came to honour me. The carnival like atmosphere was indeed exhilarating.

In a terse statement, he said, “I am still speechless at the massive turnout and support. I grateful to our leaders who spoke in solidarity with my humble self. They made me feel like a star!

“I am eternally grateful to my political mentor and guide,  the member representing Ukwuani LGA at the Delta State House of Assembly,  who brought me into politics and has continued to be a bulwark of support and pillar of strength. It was him who first saw the potentials in me even when every other person including myself didn’t see anything.

“I also grateful to the stand well well Delta State Chairman of the PDP Olorogun (Barr.)  Kingsley Tito Esiso who since the inception of his administration has taken me under his wings mentoring me in the process. Sir I remain loyal! Your presence today was eclectic. Thank you so much”

Chimennma Okolo, popularly referred to as Rt. Hon. Speaker of the Masses Assembly, is a fire brand social commentator. His contribution during the struggle for electricity supply from the Okpai Independent Power Plant (IPP) to Ndokwa nation are indelible and worth honouring him for.

BigPen Online however congratulates Okolo, who is also one of its guest writer for this well deserved honour, urging him to see the award as a stepping stone for more community services and a spur to do more for humanity.