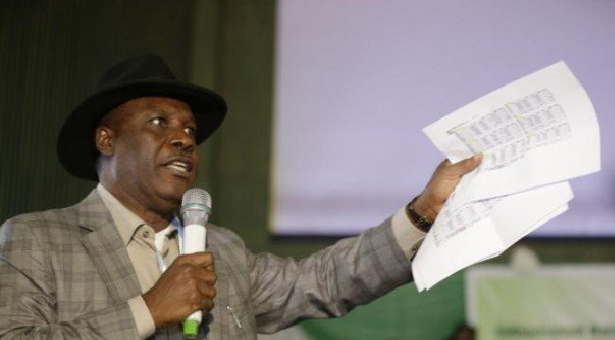 BIGPEN NIGERIA (www.bigpenngr.com) understands that Orubebe who has been on watchlist was banned sequel to Section 212(a)(3)C) of the Immigration and Nationality Act, which prohibits individuals found wanting for, or complicit in, undermining democracy in Nigeria from entering the United States.

Orubebe, became a victim of the United States visa restrictions policy following the embarrassing role he placed in the 2015 general election when he was collation center agent to former president Goodluck Jonathan.

Dependable sources at the U.S embassy in Abuja revealed that Orubebe had long been profiled and have been on watchlist of both immigration officials and security agencies since he was flagged.

The development is coming barely 34 days to the 2023 general elections of which he is also playing a role as campaign Director General to Omo-Agege, Nigeria’s deputy president of the Senate.

Affirming the restrictions on individuals, the US Secretary of State, Antony J. Blinken, on Wednesday, said “We are committed to supporting and advancing democracy in Nigeria and around the world. Today, I am announcing visa restrictions on specific individuals in Nigeria for undermining the democratic process in a recent Nigerian election.

“Under Section 212(a)(3)C) of the Immigration and Nationality Act, these individuals will be found ineligible for visas to the United States under a policy to restrict visas of those believed to be responsible for, or complicit in, undermining democracy in Nigeria.

“Certain family members of such persons may also be subject to these restrictions. Additional persons who undermine the democratic process in Nigeria—including in the lead-up to, during, and following Nigeria’s 2023 elections—may be found ineligible for U.S. visas under this policy.

“The visa restrictions announced today are specific to certain individuals and are not directed at the Nigerian people or the Government of Nigeria. The decision to impose visa restrictions reflects the commitment of the United States to support Nigerian aspirations to combat corruption and strengthen democracy and the rule of law”, the release concluded.

Orubebe was accused of either disrupting the 2015 general elections, or had instigated violence of which he was reportedly banned from entering the United States and subjected to Visa sanctions.

He was among the political actors placed on watchlist over his heated comments and actions in that election year.

A sources at the embassy revealed visa restrictions on Orubebe who was found to have incited violence or interfered with the electoral process, have not been lifted as the U.S. had since shut its doors on him over his alleged involvement in any form of violence during the polls.

“Anyone found to have incited violence or interfered with electoral processes are unwelcome in the United States and subject to visa sanctions. That’s the policy and its still stands. Orubebe is still considered for sanctions and he is one of the most likely targets until he can clear his name.

The former minister had openly disrupted the process of collation of the presidential election results in Abuja on March 31, 2015 as the event was broadcast live by the international media.

He had accused the head of the Independent National Electoral Commission, Attahiru Jega, of bias, and for several minutes had asked Mr. Jega to stand down before the process could continue.

The former minister received worldwide condemnation for his actions, and later apologised.

He is currently playing a role as campaign Director General to Senator Ovie Omo-Agege.

Efforts to get his response as of time of filling this report for publication were unsuccessful as he didn’t reply to message sent to him on the subject matter.