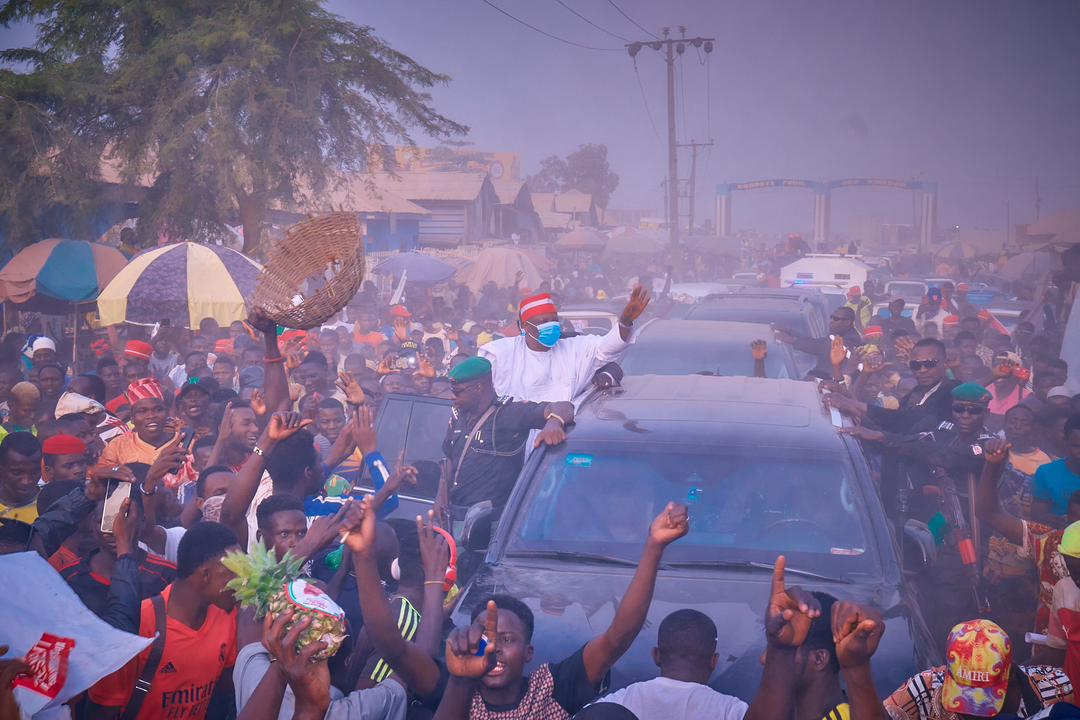 It was a remarkable moment as jubilant crowds enthusiastically welcomed Senator Rabiu Kwankwaso, the presidential candidate of the New Nigeria People Party, (NNPP) into Asaba, the Delta state capital. Asaba’s streets were literally overrun with eager supporters riding on tricycles, buses, and bikes, or “Okadas,” who were eager to see Kwankwaso.

A number of vehicles, including three in the convoy of the state governorship candidate, were regrettably damaged in the rush due to the intense excitement.

The Asagba palace was packed to the brim with supporters, which was a definite indication of the Arewa community in Delta State’s overwhelming acceptance and support for Kwankwaso’s bid for president and Dr. Goodnews Agbi’s bid for governor of the state.

The outcome of the elections will be heavily influenced by the votes cast by the Arewa community.

At Asagba Palace, Kwankwaso urged the residents of Asaba to support the NNPP and all of its candidates in the upcoming 2023 elections. He also sought the monarch’s blessing and support.

Obi Edozie, who welcomed Kwankwaso to his palace, prayed for him and the people in his entourage and gave them the advice to conduct their political campaign peacefully, just like other parties.

There is no denying that Kwankwaso and the NNPP have won the support of the people of Delta State and beyond.