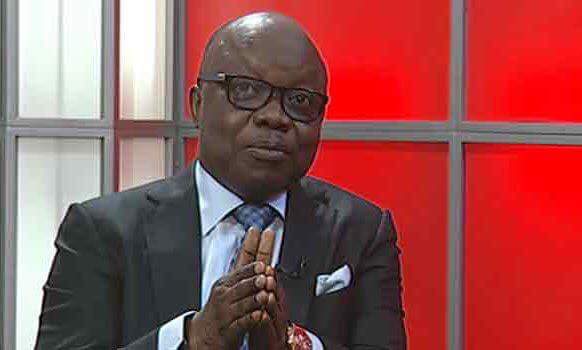 Dr. Emmanuel Uduaghan, the immediate part governor of Delta State, may have helped to heal the partisan rift within the Peoples Democratic Party (PDP) in the state and forge a more cohesive party in advance of the 2023 general election amidst growing angst, resentment, and fear that the party may implode.

Uduaghan, who joined the All Progressive Congress (APC) after being ridiculed for having “no electoral value in 2019,” now appears to be the PDP’s “man of the moment” after publicly endorsing both the Atiku-Okowa presidential ticket and the Oborevwori-Onyeme ticket for governor of the state.

The opposition APC believed the party might implode as a result of the post-party primaries, which did not favour the camp of former governor, Chief James Ibori, but BIGPEN NIGERIA (www.bigpenngr.com) reports that the ‘Uduaghan’s effect’ in the PDP has dashed that hope.

Many were caught off guard by Uduaghan’s most recent political foray, but it has helped the ruling PDP shore up its dwindling base of support as the presidential and governorship races gain traction.

Among other factors, the Chief Ikie Aghwarianovwe lawsuit, in which Edevbie is a fourth defendant and which was designed to remove Oborevwori as the party’s candidate, has had a significant impact on the party’s cohesion.

But the ‘Uduaghan’s factor’ appears to have contributed significantly to the party’s campaign in the absence of Governor Okowa, who is pursuing his vice presidential campaign at the national level. He is currently energising the PDP by meeting with the party’s leaders and stakeholders in the wake of the party’s ward-to-ward campaign.

Uduaghan had met with stakeholders from the Bomadi, Patani, and Burutu councils, as well as the party’s campaign council leadership, after his earlier meeting with Delta South stakeholders. These meetings were part of his ongoing efforts to rally support for the sharply divided PDP.

The former governor’s initiative to extend an olive branch only served to highlight the PDP’s underlying problems because, despite being the party in power, Sheriff Oborevwori’s ward-to-ward campaign seemed to lack enthusiasm. This changed with Uduaghan’s latest public declaration, which he said was the result of personal conviction and not coercion.

However, pundits continued to believe that there were underlying reasons to why the former governor of the state, who had been mocked in the past, had been able to quickly reinvent himself in the political scene and was now humbly the one pushing for Oborevwori’s candidacy and being the first to visit when it should have been the other way round.

“I was not under any form of coercion to support you”, Uduaghan was quoted to have said, apparently to reiterate his support for Oborevwori and all the PDP candidates in the elections. At this point in my life, I make decisions based on my convictions.

“The Supreme Court has ratified your candidacy and given you the go-ahead to campaign.” So we are all out to support you. You are the candidate who has been subjected to court processes the most in Delta. I was the sitting governor who had been taken to court the most. So we share something in common. I declare today again to stand behind you and every PDP candidate in the forthcoming elections,” he reaffirmed.

Regarding the possibility that his most recent endorsement pitted him against Ibori, who backed Edevbie during the party’s primaries, Uduaghan pointed out that Ibori, the leader of the Delta PDP and the ‘father’ of the “Ibori Political Dynasty,”  was aware of his most recent stance and urged PDP supporters to remain loyal to the party.

“Chief Ibori and I are not quarreling over this matter,”  he stated, adding that his predecessor has accepted “my latest decision to support you.”

“He may publicly declare his stance soon, and I know he loves the party more than all of us,” he said.

Dr. Uduaghan, however, advised the candidate to be cautious of landmines ahead in the governorship race.

“There is still a lot to be done before the elections. You need to pass through the heat you are passing through now in order to be governor. God has blessed you. Do not take it for granted. Hold him close because there are bumpier hurdles ahead,” he admonished.

He also urged PDP faithfuls to remain committed to the party, saying, “If you say you are behind somebody, stay there. If you think you will remain in the PDP and be working for a candidate of another party, in no time, you will be found out.

“You will not be trusted by those whom you betrayed your party for. Please, if you are here, stay here because politics is a very slippery venture. I want to plead for the issue of our party’s presidential ticket to be taken seriously, like the governorship.

The vice presidential candidate, Dr. Ifeanyi Okowa is the first person from our state to have achieved this feat. Hate him or like him, he is a Deltan. Let us support him. His emergence will be to all of our interests,” he added.

Oborevwori, the current Speaker of the state House of Assembly, responded with joy and expressed his gratitude to Dr. Uduaghan for the visit, calling it a “great show of love” from his leader and former governor.

He admitted that he had been trying to be the first to go see Dr. Uduaghan, but his kind-hearted leader had beaten him to it.

“Your Excellency, your name has been trending in the media because of your recent decision. Another move that struck my heart was when you went to your LGA and Ward to campaign 5/5 for us.

“This is very dear to me. I am happy that you are campaigning for your brother, Sen. Dr. Ifeanyi Okowa. I am not the most qualified, but I believe it is the will of God. My life’s story is like that of David in the Bible. I appreciate you believing in our 5/5 and also reaching out to people to ensure that the party puts up a united front ahead of the elections.

“I am a man with excessive local content. That was one of the reasons you appointed me a special adviser in your administration. I have said this severally, but let me say it before you, sir. Raising the hand of someone who ran against your daughter is very moving to me. You have shown us that we should not sacrifice the general interest of the party for personal interests. “You will be remembered by history for a long time,” he said.

Uduaghan was quoted as saying that although losing a contest is always painful, there are always winners and losers in every contest while speaking to a delegation of party leaders and supporters from Burutu LGA at his GRA Warri residence as part of his peace initiative to appease angry PDP members ahead of the 2023 general elections.

As evidenced by the numerous consequences of the party primaries, he insisted that the winners’ attitudes can make all the difference in whether people stay in a party or cause it to become even more polarised. However, he promised that the large PDP family would come together before the elections because there had been advancement in the state-wide peace initiatives.

He tasked all those who clinched party tickets across all levels to reach out to their opponents, admonishing that a simple phone call or visit will calm aggrieved hearts because everyone spent money.

According to a statement made by Monoyo Edon, the former governor’s media assistant, the leader of Delta South also took advantage of the occasion to appeal to all those who felt wronged not to quit or work against the party, assuring them that the position might be available to them in the upcoming election because politics is a very shaky endeavour.