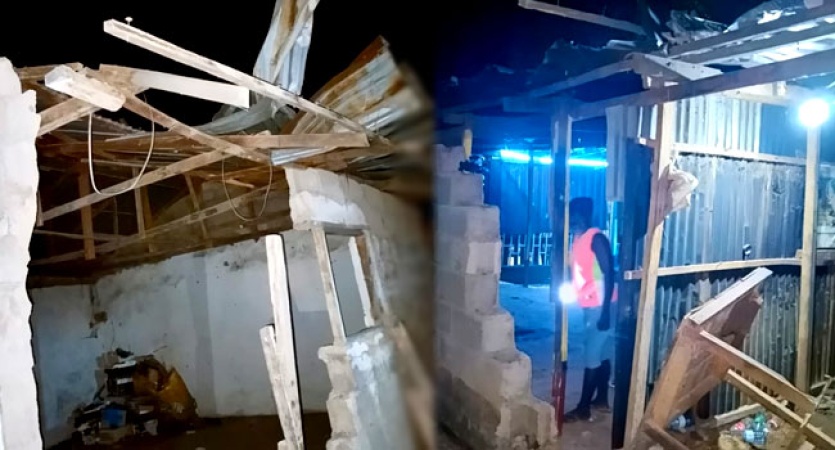 A bomb-like explosive device exploded in the Taraba State capital on Sunday, causing panic in Jalingo.

The incident, which happened at around 9:35 p.m. near the First Roundabout leading to Taraba State University, damaged a few local businesses and apartment complexes.

According to a report on Channel tv, witnesses who were on the scene of the explosion said the bomb was hidden behind a bar.

“A little baby of about four years was at the shop sleeping when the wall collapsed,” said a local who does not want to be named. “Luckily, she survived it and is receiving medical attention at a hospital.”

Although no one was hurt in the incident, the police have cordoned off the area in case another bomb was nearby, just in case.

The police command and the state government, however, have yet to comment on the kind of explosive used or the steps being taken to prevent a similar explosion from happening again.

Residents have expressed concerns about what might happen to them again, stating that Sunday’s explosion was the fourth in a string of explosions that have shook the state since the year’s beginning.