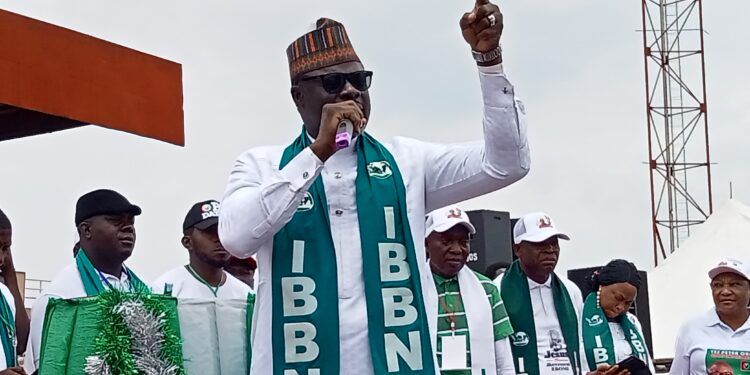 He stated that the movement will enlist more than 40 million Nigerians who will be trained, cast their votes, and defend Peter Obi’s votes throughout the nation’s various polling places.

Prophet El-Buba announced this on Saturday while leading hundreds of Peter Obi’s supporters from various political parties on a 2 million-foot walk across major streets in Jos, Plateau State.

He urged voters to cast their ballots for Peter Obi in large numbers as well as for other respectable candidates running in some political parties who have previously served the state’s interests and who are prepared to secure and protect Plateau residents.

“I am a Kanuri man form the North East and I want to declare that Northern Nigeria will stand and vote massively for Peter Obi, anybody who said Obi does not have support from the North is deceiving himself, we will shock them during the election,” he declared.

Prophet El-Buba described the Middle Belt as the belt that has held Nigeria for several years and said the region has expressed total support for the Peter Obi presidency in 2023.

“Peter Obi is not our Messiah, but he is going to be our servant; he will be the vessel God will use for the realization of new Nigeria. We will kick against any power that has held Nigeria bound.” He stated.

The walk which commenced from the Rwang Pam Township stadium at about 9am culminated at the Secretariat Junction Flyover bridge, Jos, Plateau State, Saturday Sun had reported.

Chinese National Detained After Murdering His Ex-girlfriend In Nigeria