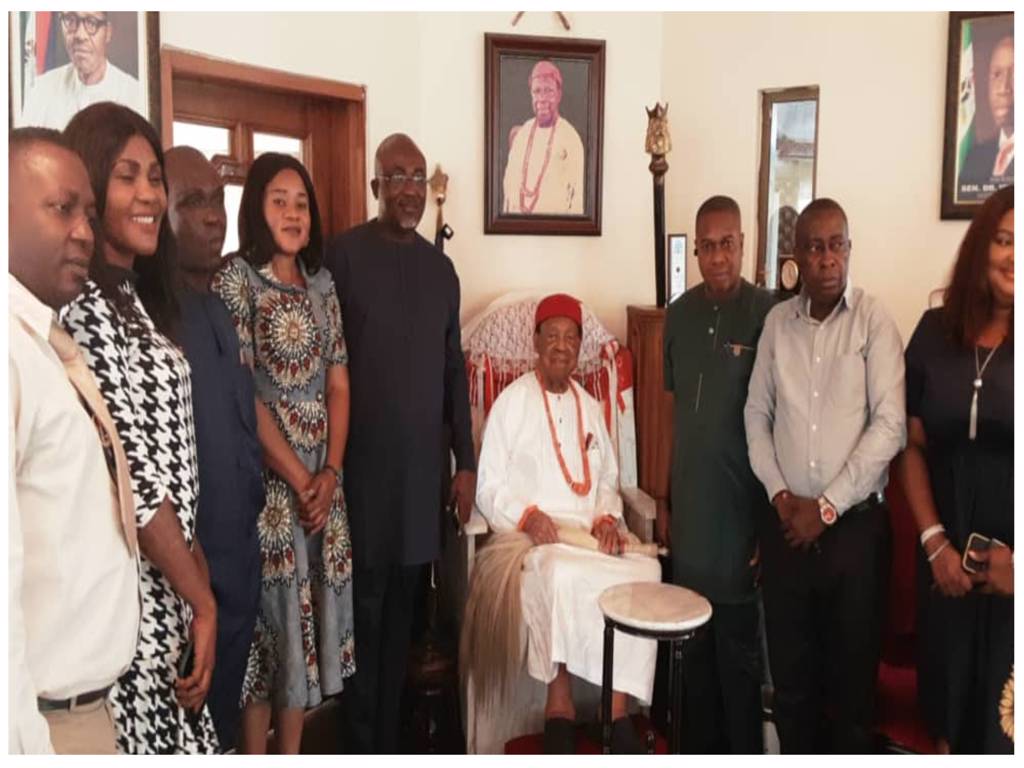 Azagba of Asaba, His Royal Majesty, Obi Prof. Chike Edozien, has advised media practitioners to continue to exhibit core tenets of the profession anchored on objectivity, fairness and balance in their reportage as it was the only way to engender an egalitarian society.

Azagba of Asaba gave the advise in his palace in the capital city of Asaba, when the executive members of the Nigeria Union of Journalists (NUJ), Delta State Council paid him a courtesy visit to intimate him of the upcoming 2022 NUJ Delta Press Week/Delta Icon Awards.

The highly reverend Monarch, described the media as a very critical sector in the socio-economic development and growth of every society, hence the need for practitioners to live above board.

He particularly hinged on thorough investigation and balancing of stories, adding that give every side the opportunity to present their case would only be fair and objective, which in turn enhances positive perception of the media by the public.

The erudite professor of medicine,  commended members of the NUJ Delta State Council for effective coverage and reportage of activities within Asaba and beyond, assuring the union of his support towards the successful hosting of the 2022 NUJ Delta Press Week.

Earlier, the Chairman,  Nigeria Union of Journalists (NUJ), Delta State Council,  Comrade Michael Ikeogwu,  expressed gratitude to the Azagba of Asaba for the warm reception accorded member of the union who were on the visit.

Comrade Ikeogwu commended the Azagba of Asaba for the innovations and leadership skills he has brought to bear into traditional institution not only in Asaba but the country in general since ascession of the throne of his forefathers 31 years ago, stressing that he remains a phenomenal Monarch that the younger traditional rulers look up to as a model.

The Charismatic union leader, said that the Azagba of Asaba remains a living legend, source of pride not only to Anioma nation but Nigeria in general, noting that his style of leadership has brought about the unprecedented transformation in the capital city of Asaba.

“Your Majesty,  we are here to intimate you of our forthcoming 2022 NUJ Delta Press Week/ Icon Awards and to also solicit your blessing.  As a father, we thought it wise to first of all inform you before we embark on this journey. Delta State clocked 31 this year and we want to use the opportunity of the week to honour some deserving Deltans.”

“It is important to draw your attention to the fact that the Governor of Delta State,  Senator Ifeanyi Okowa has built a befitting Press Centre for our great union 31 years after the creation of the state. We will remain eternally grateful to the Governor and all those who contributed to the project.”

The National Ex-Officio of NUJ, Co rade Festus Ahon was part of the delegation which also included representatives of the Consulting Firm, Mackjus Consultancy Services partnering with the union for the 2022 Press Week, led by Hon. Chugaby Onwuka.