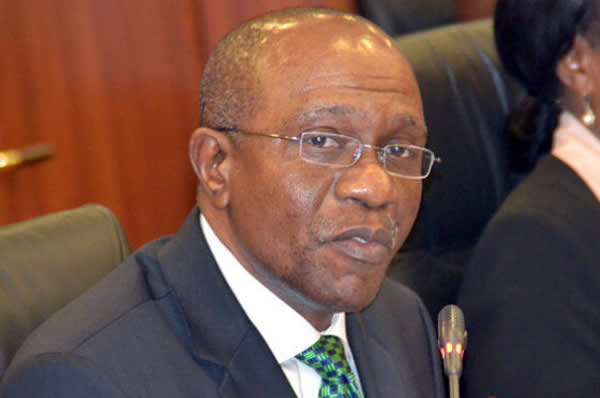 A civil rights advocacy group, Human Rights Writers Association of Nigeria, (HURIWA) made the allegation in a petition to President Muhammadu Buhari, not to allow the plot to sell a Commercial Bank.

Reports have emerged that the CBN has allegedly proceeded with the secret sale of the bank, a development Polaris has denied.

The group, in a statement signed by its national coordinator, Emmanuel Onwubiko, said if the Commercial Bank is sold, it will not only compound the harsh economy Nigerians were going through but negatively affect the electoral fortune of the ruling All Progressives Congress (APC) in 2023 general elections.

“Recall that Emefiele was also allegedly fingered in the ridiculous sale of 104-year-old Union Bank by two-year-old Titan Trust Bank. The Economic and Financial Crimes Commission should have probed the CBN governor over this allegation which is contrary to Sections 9 and 11 of the CBN ACT 2007 but as usual, the former presidential aspirant of the All Progressives Congress is an untouchable cabinet member of President Muhammadu Buhari.

“The CBN should be stopped from allegedly selling off banks in the country to cronies and friends as end-of-tenure benefits.”

The statement also called on the apex bank to issue a statement on the position of the bank on the matter in order to douse tension among the customers and stakeholders of the Bank.

According to HURIWA, “It is concerning that the so-called sale lacks transparency and is shrouded in so much darkness as due diligence was not carried out, no tender, no advertisement to create public awareness, nothing, just some kangaroo arrangee sale.

“To be exact, selling a bank which over N1.2 trillion was used to rescue at an alleged N40 billion is highly ridiculous and scandalous,” he said.